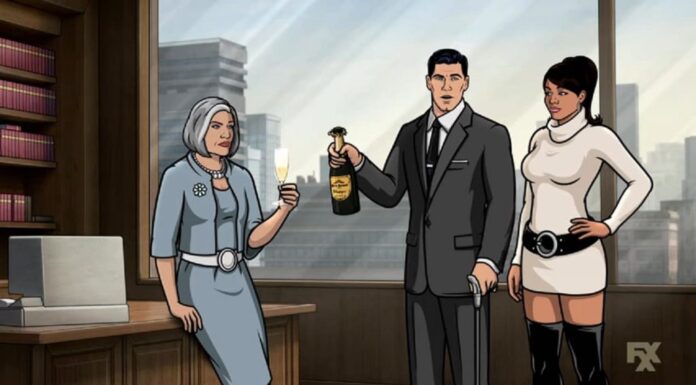 It’s good to have everyone back on track in Archer Season 12. The “phrasing” humor never went away, but having Pam and Cheryl try to come up with the agency’s new marketing strategy, or refusing to help with the hijacking. It’s familiar material, but it’s never boring since the writers are so brilliant at sneaking in extra sexual innuendo or arcane references. In the long-running animated series Archer, currently in its 12th season, the question of the show’s future has been raised, in part due to the show’s longevity and in light of the death of Jessica Walter (Malory Archer) in March.  After all, there are six episodes left of this new season to enjoy. For now, we enjoy a welcome return to the glory days of the show.

Allow www.tvacute.com to provide all of the information you’ll need to watch the new episode 3 of ‘Archer’. You can see why Archer Season 12 has a bit more grit to it, but it still manages to keep the chuckles and cringes coming. This leads us to the next episode, “London Time,” in which our spies are sent across the pond for an open contract, and Pam is given a “lesson” in British history from Cheryl/Carol.

Archer Season 1203 Synopsis: A mission across the pond turns into a trip down memory lane for Malory while Cheryl/Carol teaches Pam about British history.

Brittany Miller wrote Archer Season 12 Episode 3 titled “London Time,” a new foe may be introduced to Archer and his squad. So far, the season has been full of twists and turns that have left the cast in a trance. The new objective, on the other hand, might be a huge assist in resolving their financial crisis. But, with the new opponent keeping a close eye on them, and Archer and Lana Kane in serious peril, will they be able to pull it off?

The eight-episode twelfth season will begin with a double-header launch. The first episode of season 12 of ‘Archer’ will air on FXX on Wednesday, September 1, 2021, at 10 p.m. ET. Following the season premiere at 10:30 p.m. ET, the second episode of the season will run immediately.  The new episode is also available on Amazon Prime Video.  By logging in with your active cable subscription data, you may also watch the show on FX’s official website or FX Now. The show’s new episodes (along with older ones) are accessible on FX on Hulu the day after they air on television. To view the latest episodes, cord-cutters can use live TV streaming services like DirecTV, Fubo TV, YouTube TV, Philo TV, and Sling TV.

Season 12 began with two action-packed episodes, ‘Identity Crisis’ starts with a new day at work for the Cloudbeam marketing team led by Alton and Kaya, who explain the modern hacking rules. The group is now jobless due to the International Intelligence Agency. No one can reach the Figgis Agency since Cheryl destroyed the phone. Even Archer (H. Jon Benjamin) has lost his zeal for life, according to IIA head Fabian Kingsworth. Despite this, the team will continue to seek new missions to earn money. Archer’s enmity for Fabian drives them to defeat IIA and rescue a scientist. While on the hunt for Robert, Lana’s rich husband, the washed-up protagonist battles internal issues.

His financial support is rewarded in the second season’s episode ‘Lowjacked.’ A team-building exercise for the gang, however, clearly goes awry. A group of eco-terrorists starts the chaos while Pam and Cheryl are busy with a hibachi session. But they work hard to create a marketing strategy for the agency. He tells the hijackers to go after bureaucrat Cyril Figgis if they’re serious about their mission and enjoys seeing his worst co-worker mobbed.