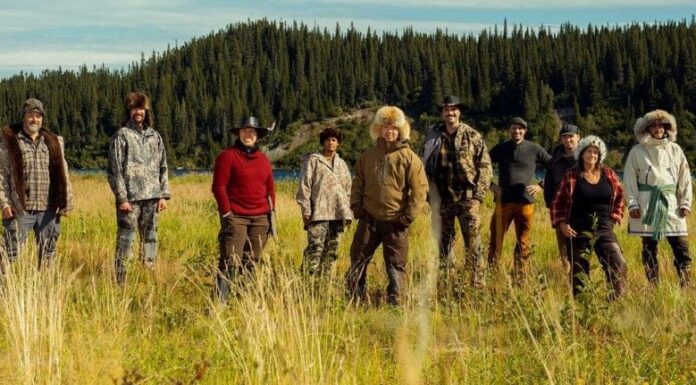 The 10 competitors were dropped in polar bear country – Labrador, Canada – for the first time in Alone history. Season nine survivalists will face bitter cold, a broad array of animals, and some of the worst conditions of any season to date, according to The History Channel.

On May 26, 2022, the first episode of Alone season nine, “Drop Shock,” premiered, briefly introducing the ten survivalists. Six of the ten participants were featured in the first episode, which followed their exploits during their first four days alone in Labrador. the area is home to around 6,000 polar bears and wind gusts can exceed 60 miles per hour. In addition, the area receives 60 inches of yearly rainfall. Bear spray and five Flies to use as fish bait are among the goods handed to each participant this season. The participants chose the sites at random and they all had the same essentials. In the first episode, no one tapped out.

She’s the second-oldest Alone contestant. Peter Brockdorff was 61. As a storm approaches, she rushes to set up the tarp and gather tinder. She locates a level location where she will construct a “bungalow” for the night. She’s in her fifties and the second-oldest contestant in the history of Alone. Karie recognizes the need of maintaining her energy level and promises to work smarter, not harder. Day 2 begins Karie has bumps all over her neck and chest from being bitten by black flies. They itch like crazy all the time. She gets her bow and scouts. She doesn’t want to construct in an exposed region because of the heavy trees. She finds animal traces but can’t identify them. She follows its track in case it’s headed for water. She wants to be careful and not rush. Karie misses her first grouse shot. She spots the grouse on a limb after he flies away. He hops off, and she chases him but doesn’t see him. Before she can shoot again, he flies gone. Fortunately, he returns and her second shot kills him. Getting a grouse on day 2 gives her confidence.

Juan 30, grew up trapping and hunting in Mexico. He stumbles in the woods on day 2 at 2:49 pm. He wants a permanent place to be miserable. Juan thinks it’s best to expect nothing and be thankful if anything nice happens. He finds bear poop and intends to shoot one. He understands bow hunting might go wrong. He finds a flat, dry location near the lake. His strategy is straightforward. The tarp will be the tent’s sidewalls. Wood will block entrances. He doesn’t need insulation if he has a chimney-equipped fireplace. To prepare, he gained 60 pounds. 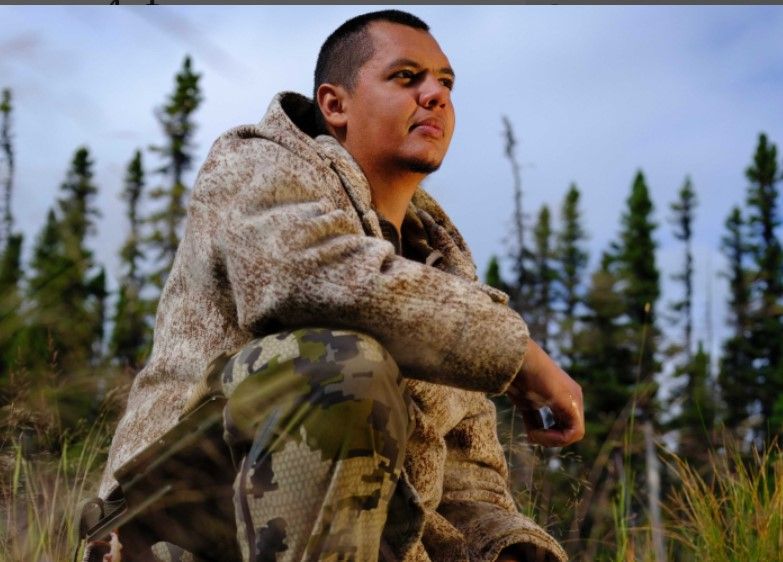 In his shelter, he chases a squirrel, but it escapes. He hears a large animal, but it escapes. Juan stops hunting to collect empty cans. He takes a break in his shelter building to pursue a squirrel, but it flees. He hears a large animal, but it flees before he can see it. When he sees dozens of empty cans, Juan becomes a gatherer rather than a hunter. He’s used to improvising and trusting his instincts. After putting up the stove inside the tent, he surrounds it with clay. This adds thermal bulk and seals gaps.

Day 1. Benji is a 46-year-old bowhunter and pack-goat guide. He’s a big-game hunter and calls Labrador “bear nirvana.” He’s lived his whole life in the Rocky Mountains and loves nature. Benji played D1 sports and was a weightlifting world champion. Benji wants to create a new Alone record by lasting 102 days. Benji always carries his bow. Slow-moving water should make fishing good. Initially, he’s more worried with food than shelter. He thinks a tarp will do. First 30 days, he’d rather hunt fish, bears, and other edibles. Benji’s first shot misses but his second hits a squirrel. Rain comes before he sets up his tarp. He laments not having a refuge. First error. 1:32 p.m. on the first day. For the first few hours, Jessie forgot to record herself working. She admits it’s strange for her to appear on television and speak her mind out. Jessie believes Alone is about primal life, not survival. We observe her at home swallowing and slurping a worm. First, she investigates the region for shelter and supplies. She finds a bear print in a creek. Jessie wants to win Alone. She builds a shelter with a tarp, branches, and boughs. 11:51 pm, she awakens to a bear 100 feet away approaching her. She thinks it circled her camp to avoid her. She sleeps after he departs.

Jacques, 23, is an ice climbing and bear-viewing glacier guide. He’s been attacked by bears. He can fish, hunt, and make shelters. His girlfriend and dog live off-grid. On day 3, he sees a wet bear scat. His shelter can see it. Jacques says polar bears, lions, and other humans hunt humans. He finds an old but still-working bear trap. He shows how to catch an animal. On day 4, His stomach grumbles like a beast. From his sleeping bag, he spies a squirrel and leaves his refuge. First arrow hits. Gratitude for the squirrel’s food. He spooks a grouse while working on the squirrel. He shoots it but can’t find its body or arrow, realising it’s in the bird. Hopefully, it died.He locates his arrow, which is in reality lodged in the grouse. He cooks grouse and squirrel on a rock stove after an incredible morning. All this happened near his refuge.

Day 4 Igor, 39, fell asleep wrapped in his tarp on some rocks after a late hike seeking building supplies. He’s exhausted himself searching for a place to put up camp. Since being dropped off, he hasn’t eaten protein.  He’s exhausted from walking through thick undergrowth. Fly bites him. He laughs when he acknowledges he’ll build his shelter where the helicopter left him down on day 1. The area beside the stream includes good rocks, seaweed, and cover. 100 days is nothing to him. First meal: bladderwrack stew. He believes seeing polar bears would be great and terrible.