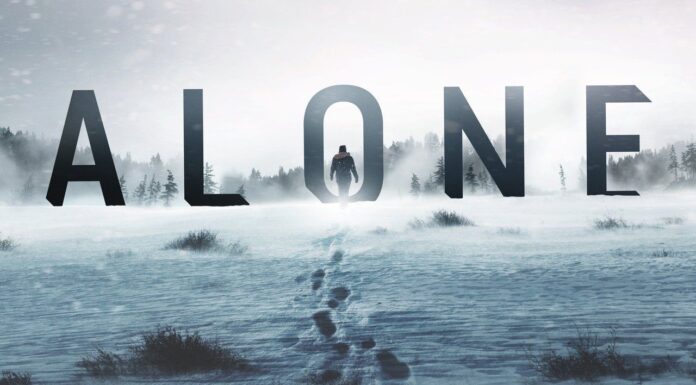 One of the History Channel’s most watched reality television programs is called Alone. Over the years, the audience has consistently shown their love and admiration for the program.  Ten contestants are taken alone to a far-off, hostile area in Alone. they fight to determine who can endure the longest in the wild. They are permitted to bring ten tools from a pre-approved list with them. The cast of the performance drops them off, and the outdoor characters start their lone struggle. A communication device is provided to each competitor. They can “tap out” by notifying the crew, and the crew will show there immediately to return the contender to civilization if they are unable to handle the challenging conditions or the psychological strain of solitude. The participant who endures the wilderness for the longest period of time is given a cash prize of $500,000.

Alone Season 9 Winner Name Revealed – Who among Juan, Karie and Teimojin will take the amount??

On May 26, 2022, the first episode of Alone Season 9 aired. The reigns of the season 1–6 champions ranged from 56 to 87 days. season 7, which has a twist, pits 10 fresh contestants against the toughest challenge in the program’s history: surviving 100 days in the Arctic to win $1,000,000. Alone Season 9 was filmed in Northeastern Labrador, Canada, which is home to Alone’s harshest weather. 30-year-old Juan Pablo Quionez won from the Alone Season 9 after spending 78 days in Northeastern Labrador, Canada, which is home to the harshest weather. The release date for Alone Season 10 is currently a topic of interest for viewers. To learn more about your favorite show, including its premiere date and other information, read the whole article. also, read Is “Alone” a script that has already been written?

North Vancouver Island, British Columbia, Nahuel Huapi National Park in Patagonia, Argentina, northern Mongolia, Great Slave Lake in the Northwest Territories, Chilco Lake in interior British Columbia, and Northeastern Labrador, Canada were among the many remote locations where the show was shot, including Most of them were on indigenous controlled lands.

Contestants in the first nine seasons of Alone had to endure the chilly weather. Is it feasible that the show’s creators would throw the contestants a curveball in season 10 and leave them alone in a scorching location? A few adjustments may be made to the program that might make season ten of the series even more fascinating. No matter where season ten is set, how the competition is structured, or how much money is up for grabs, viewers will surely keep watching this riveting survival show.

The contestants on Alone have always faced tough opposition from cold weather. Typically, the show debuts in the months just before winter. Building an airtight and weatherproof shelter, gathering materials to keep a fire, and storing up food are just a few of the challenges brought on by the swiftly approaching cold. But for future Alone contestants, the heat would bring a whole other set of possible issues. (but not confirmed) Dehydration is more likely to occur in hot, humid settings, where there is also a greater risk of insect infestation. Survivalists should therefore avoid spending too much time in the sun. Finding food is one of the game’s toughest obstacles, and participants frequently have to quit due to malnutrition. Food storage will deteriorate significantly more quickly in a hot, humid atmosphere. Even though finding food would be simpler in a place without a severe winter, the inevitable degradation would make up for the easy access to food supplies.

Currently, there isn’t a lot of information available regarding Alone season 10. Season 9 of “Alone” debuted on the History Channel on May 26, 2022, and ended on August 4, 2022. There are 11 episodes in the ninth season, each lasting 60 to 90 minutes. Therefore, we can anticipate “Alone” season 10 to be released sometime in mid-2023 assuming everything goes according to plan and the projected edition starts filming in Fall 2022.

The winners of History Channel’s ‘Alone’

The following contestants won the first nine seasons of Alone:

Is ‘Alone’ Series real or fake

Unlike most survival shows, ‘Alone’ contestants are alone. No camera crew films the candidates’ experiences. It uses participant-shot footage. The survivalists’ briefcase contains the main camera, a portable camera, and two GoPros. Contestants record hundreds of hours of outrageous footage. Video card and battery supplies are routinely restocked. After collecting all the recorded videos, associate producers pick which pieces make the final cut. Not all of the candidates’ video footage is shown. The footage is expertly edited to emphasize the drama and severity of the survivalists’ conditions. Larry Roberts, who finished second in the show’s second season, says producers check on participants often.

They checked on us frequently. Mandatory GPS tracker. At least nightly, they’d make sure we were OK. They’d SMS ‘Nightly check-in’ We had a button with three presets, and we’d push ‘OK’ and send it, Roberts told ODN. This means the producers don’t influence the candidates, and the footage is true. How it’s presented matters.

After season 2’s frontrunner Jose Martinez tapped out, viewers noticed the entire incident was manufactured. No proof exists, thus it’s simply a theory. The candidates buy their own food. The situation isn’t as severe as we’re led to believe, and food is often freely available. Contestants aren’t too far from civilization, and medical checkups are conducted as they advance. The show’s crew is committed to authenticity. Shawn Witt debunked bogus claims in a 2018 interview with Cynopsis. “We pride ourselves in providing each participant with the most unobstructed opportunity to test their survival skills, isolated, in a wild environment – while also taking the necessary safety precautions” So ‘Alone’ is not contrived and is as real as reality programmes get.