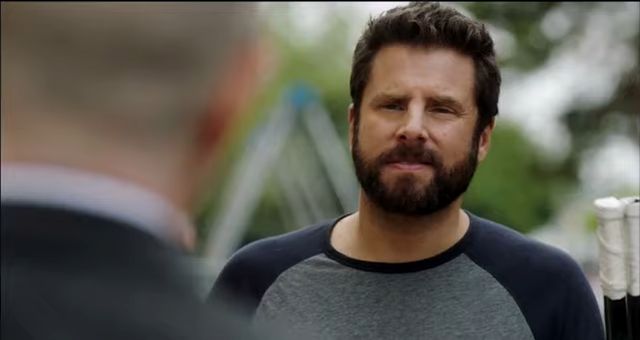 Delilah’s (Stephanie Szostak) farewell episode was featured in the premiere of A Million Little Things. . She was given bad news in the Season 4 premiere. Her father suffered from a stroke. Her father is dying, and the pain of loss is too much for her to bear while she is still grieving Jon’s death (Ron Livingston). she made the decision to relocate to France in order to be closer to her sick father and to be able to raise her baby Charlie.  Instead, we had to deal with all of these other issues, such as Tyrell getting an update on his mother, the Howards dealing with the loss of Someday, and Eddie figuring out who hit him, which we haven’t seen much progress on yet.

A Million Little Things Episode 402 Synopsis:  Gary takes steps forward with Darcy and continues to distance himself from anything involving Peter. Rome makes an effort to distract Regina from her job search, which may be looking up after all. Maggie adjusts to a new work environment, while Katherine entertains a new friend; and Eddie makes progress in more ways than one.

A Million Little Things Season 4 Episode 2 will release on Wednesday, September 29, 2021, at (10:00-11:00 p.m. EDT) on ABC. Following its broadcast debut, the show is available on streaming services like Hulu. The show is available on Apple TV, YouTube TV, and Microsoft TV. Other Options Amazon Prime Video (Not Now), Vudu, iTunes, and Google Play for video-on-demand.

The character Gary Mendez (James Roday Rodriguez) is the one that fans are most concerned about. Gary’s status on A Million Little Things is still unknown. Peter sexually abused Sophie in a Season 3 episode of A Million Little Things. She reported him to the cops, but the investigation didn’t go very far. Gary took control of the situation. Will Gary be forced to flee Boston as a result of the incident? If he is apprehended, he may face prison time. But if he goes to Lenox first, he won’t be able to solve anything. We understand that he wants a future with his new partner. so anything might happen. As a result, we’ll just have to wait and see if Gary and his support system survive this tragedy amidst these unsolved problems.James Roday Rodriguez has a number of projects in the works. According to IMDb, James is now filming Psych 3: This Is Gus, a comedy-drama starring Timothy Omundson, Dulé Hill, and Maggie Lawson, as well as the core cast of the TV series. In Night of the Animated Dead, he also contributed voiceovers for Tom’s role.

Gary returns home after whatever occurred at Peter’s. Eddie is sound asleep when he hugs his dog, Colin. He cleans up the blood on his arm and tosses the clothes he’s wearing into the washing machine. In Haiti, Tyrell’s mom is doing much better. Gina is hurriedly removing her food from the restaurant before it spoils. She informs her customers of the closure with a heartfelt voice on the answering machine. Tyrell and Rome enter their movie at a film festival. When Gary wakes up, he checks to see whether there has been any news regarding Peter. Eddie tells Gary about the lady who said she had hit him over the phone. He also taped and played the call. Gary advises him to relax and refrain from acting rashly in the interest of justice.

Delilah is taken aback by Sophie’s absence, and Danny offers to help her clean up the mess she made. Sophie receives a call from Detective Saunders, who informs her that Peter was assaulted the night before. He was trying to figure out where she was during the incident. It’s being investigated as a violent robbery. When Sophie gets home, she learns that her grandfather has suffered a stroke, and Delilah is forced to leave. Danny asks Sophie if she is angry with their father, and when she responds no since he is in pain, Danny tells her that Delilah is in pain as well. He’ll also be there for their mother, supporting her.

Maggie informs Gary about Peter, and Gary deduces that the investigator contacted Sophie prior to the news breaking, most likely as he suspected her. Maggie receives word that Claudia has been sacked. Eddie shows Katherine his new flat, which he is about to purchase. Sophie speaks with Delilah and informs her that she will not be going, but that she understands her need. Sophie invites everyone to the home for a pizza party, and they all rally around Delilah and her decision to leave.

Rome is frightened of losing Tyrell, so he won’t tell him that the airports in Haiti are open. Tyrell has left Rome and Gina heartbroken, but he has left them a message promising he will see them within few weeks. Gary discusses Peter with Sophie. He learns about the podcast through her, but since he’s in a coma, he may never know. Maggie is offered the opportunity to be a guest host on Dr. Stacy’s podcast while they seek a replacement. Maggie agrees as long as Claudia is hired. Eddie isolates the recording’s sound to discover that the lady who attacked him works at a supermarket. We got a little more information about what happened after Gary attacked the music instructor who had sexually abused Sophie, and it seems out he had some aid. On that night, Christopher, the father of the student who committed suicide as a result of her interactions with Peter, was at Peter’s residence with Gary.