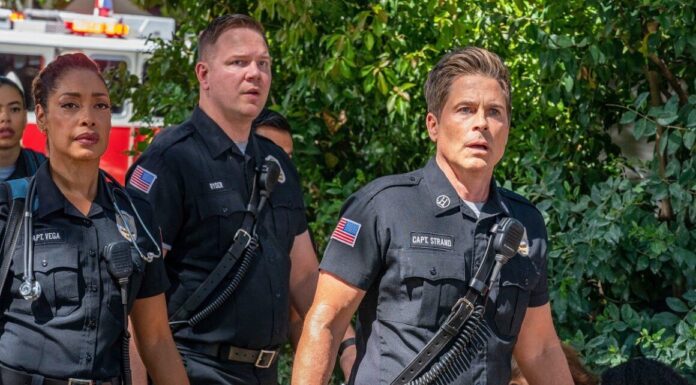 When will 911 Lone Star Season 4 Episode 1 be released? Is 9-1-1: Lone Star season 4 return on January 24? We already yearn for more time with Austin’s first responders despite the fact that the third season finale of the show aired in May.   we are curious to see what will happen in the Lone Star state moving ahead. When the show will return?  Now we have to wait a little more to see the show. Earlier it was to be broadcast on January 17, now the new release date of the show has come to the fore.  We (www.tvacute.com) will inform you of all we currently know regarding the premiere of 911: Lone Star Season 4 Episode 1.

9-1-1: Lone Star is a procedural drama television series from the United States that focuses on the ambulance, fire, and police departments of the fictitious Company 126 in Austin, Texas. The term “Lone Star” refers to Texas, also known as the “Lone Star State.” Tim Minear, Brad Falchuk, and Ryan Murphy developed it for Fox. The show, which Fox ordered in May 2019, is a spin-off of the TV show 9-1-1. The debut date was January 19, 2020.

And in the first episode of the fourth season of 9-1-1: Lone Star, titled “New Hotness,” Captains Owen Strand (played by Rob Lowe) and Tommy Vega (played by Gina Torres), alongside the staff of the 126 firehouses, are called to duty to a county fair when a “Derecho,” a series of fast-moving, strong storms hit Austin, causing hurricane- and major storm winds, heavy rain. The “Heat Burst” that follows is an even more unusual form of the meteorological phenomenon, and it is responsible for the temperatures reaching 122 degrees Fahrenheit.

The wedding of paramedic T.K. Strand (Rubinstein) and office Carlos Reyes (Silva), who were engaged in the spring, should also take place in season four. “I believe the timing of the wedding will be favorable. When we ‘earn’ the wedding, we’ll have to see,” Rubinstein told TV Insider. “I’d want to follow Tarlos’ journey as an engaged couple rather than their hasty marriage, which I don’t think they’ll do. They have provided us with a lovely plot that has room to develop.

Cable TV subscribers can watch ‘9-1-1: Lone Star’ Season 4 Episode 1 live on Fox at the aforementioned timeslot. You can watch it online with your valid cable provider login credentials after it airs on TV on Fox’s official website or the Fox Now app. The episodes are also shown on cable-free platforms like YouTube TV, FuboTV, and DirecTV, which don’t have a TV set. Subscribers to Hulu can watch the show soon after it airs on the original network. There are also VOD services like Apple TV, iTunes, and Amazon Prime Video that allow you to buy or rent episodes of TV shows.