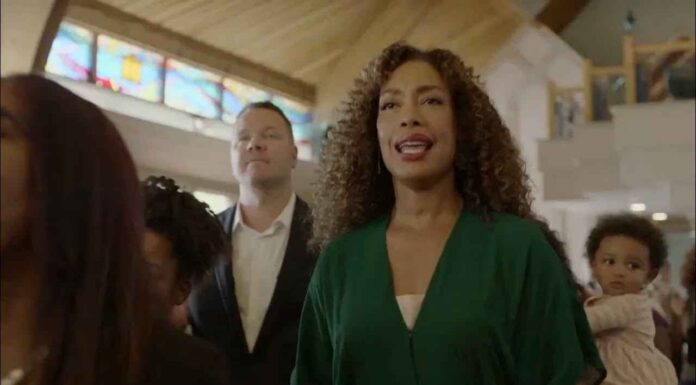 When the cast of the critically acclaimed FOX series 9-1-1 went on hiatus during the winter, the network had to quickly come up with a strategy to keep fans amused until the actors could return to set to film the next three months. fans can look forward soon to the return of 9-1-1 Lone Star. tvacute.com provides all of the information you require, including when and where the new season may be viewed, should you be interested in such details.

The procedural drama 9-1-1 Lone Star promises to fill the hole with yet another pressing crisis. Captains Owen Strand (Rob Lowe) and Tommy Vega (Gina Torres) must lead their squads to defend Texans from the destruction wrought by a Derecho (a long-lived and devastating thunderstorm). These first responders know that a chaotic scenario like this calls for full concentration and swift action. The third season of Lone Star concluded with an engagement between TK (Ronen Rubinstein) and Carlos (Rafael Silva). However, in an exclusive sneak peek at the season 4 premiere, it appears that Carlos is harboring a secret that causes him to hesitate when the dream venue becomes available, which brings the timing of his wedding to TK up to just a few weeks away. However, Lone Star co-creator Tim Minear claims that this particular turn of events has been planned ever since the very beginning of the series, despite the fact that the secret may come as a surprise to TK (and viewers).

When will the first episode of the fourth season of 9-1-1 Lone Star air?

On January 24, 2023, at 8 o’clock pm, the debut of 911 Lone Star Season 4 Episode 1 Titled “The New Hotness” will take place. The series had been scheduled to premiere on Tuesday, January 17, however, the date was moved back one week after it was announced that the season finale of The Resident will be divided into two parts.

The fourth season will be accessible to be streamed live through Fox’s official website as well as the Fox Now app. The FOX NOW streaming platform gives users the ability to watch episodes like 9-1-1 Lone Star either in real-time or on-demand at their own convenience. You will need to use the login information provided by your TV provider in order to use the app. You may rewind an episode that is now running on TV with FOX NOW, which is another advantage of using the service. This ensures that you do not miss any important facts. You may also watch Seasons 1-3 of the show on Hulu if you want to refresh your memory on all that took place in the earlier seasons of the series. If you want to subscribe to this streaming platform, you have the option of paying $7.99 per month for a more basic plan that contains advertisements or paying $14.99 per month for a plan that does not include advertisements.

Where Is the 9-1-1 Lone Star Season 4 Episode 1 Streaming Available?

Cable TV subscribers can watch ‘9-1-1: Lone Star Season 4 Episode 1 live on Fox at the aforementioned timeslot. The episodes are also shown on cable-free platforms like YouTube TV, FuboTV, and DirecTV, which don’t have a TV set.  There are also VOD services like Apple TV, iTunes, and Amazon Prime Video that allow you to buy or rent episodes of TV shows.