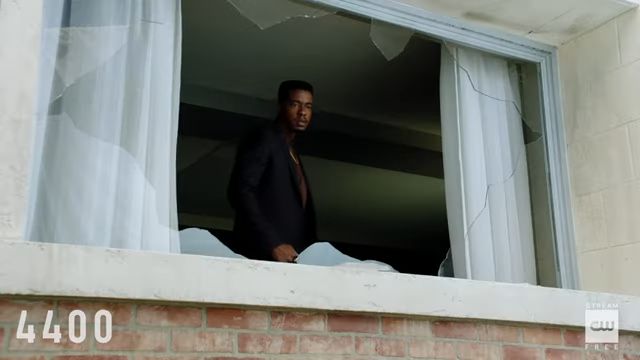 4400 Season 1, On 4400 Season 1 Episode 7, Claudette starts to assert her autonomy. Rev keeps a careful eye on his flock, which adds to Jharrel’s concerns. LaDonna mulls over her next step. Keisha is going out on a date with Jessica. Andre is worried about what he’s discovered. What happens next? Here (www.tvacute.com) ‘s everything you need to know about the show 4400 Reboot episode 8 titled “The Kaminski Experiment,”  release date and promo.

4400 Reboot Episode 108 Synopsis: Logan’s adjustment to Shanice’s return has been harder than he let on, meanwhile, Rev is beginning to see the light. Mildred lets her emotions get the better of her, possibly endangering the rest of the 4400.

4400 Reboot Season 1 Episode 8 will release on December 13 on The CW Network at 9 p.m. EDT (Eastern Timing). Streaming services such as Hulu, fuboTV, and YouTube TV provide access to the channel. Furthermore, if you are unable to see the first episode live, you may watch it for free on The CW App the following day, November 14.

Claudette cleans her apartment and calls Mrs. Grover. Jharrel calls, and she allows him in. He is impressed by Claudette’s tour of her darkroom. He says he can get her a job. In the hospital breakout, Shanice confronts Andre about Mariah. Andre is clearly sick, having contracted something following his “visit” to Ypsi Med. LaDonna arrives, asking for assistance with the files. Shanice, LaDonna, and Keisha eat lunch and discuss the latest development: the government will let any 4400 stay at the hotel for free, if they sign a contract. Shanice will go through the contract. LaDonna and Shanice abandon Keisha. Keisha and Jharrel remark that individuals with contracts seem to have more power. Keisha says she’ll be eating with Jessica and may receive some info. Claudette starts cleaning and prepping at the bar. The host, Barney, ignores some ladies who ask for a gin and tonic. She offers them more. Claudette and a group of women discuss a recent KKK explosion. Barbara, one woman, argues they as women don’t do enough and should join the protests. She calls Claudette’s images a dramatic movement piece. Andre is disoriented and thirsty for ice. And Tim, a security guard. The guard collapses in agony when Andre touches Tim. Andre tells Shanice he believes he has power and about Tim. He thinks he got sick after healing a guard at Ypsi Med and only got better after giving it to Tim. LaDonna’s mother calls but she doesn’t answer.

LaDonna wants Soraya to help her build a computer. Soraya grudgingly agrees Claudette works late. The hotel security guys are all drinking. They tell her Tim is in terrible trouble. A security guard tells Barney about Claudette’s abilities. The guards and Barney ignore her. Mrs. Grover arrives to congratulate and console Claudette. Claudette in his darkroom. Jimmy likes the photos, but Claudette is more concerned about their safety. She wants action, not demonstrations. He advises her to be thankful for what he allows her. Soraya and LaDonna build a PC. LaDonna says she prefers her father to her mother, but she can’t reach him. They talk about how she was always a daddy’s girl. Soraya calls the 4400 her friends. Jharrel visits Ji-Eun. Ji-Eun wanted a copy of the contract she signed. The Reverend appears and takes Ji-Eun to prayer service. Mrs. Grover shows Claudette newspaper cuttings, including an obituary for Barbara, a future Black Panther leader. Mrs. Grover assures Claudette that women’s voices are more prominent now. JIMMY discusses their next steps. Claudette takes over, suggesting they attack the Klan. However, the others want to hear from her. And she suggests they blast the Grand Wizard’s home. Jimmy is calm and quotes Bible verses. Claudette picks up the garbage and meets Shanice and André. It’s all part of an “experiment,” they say.

Andre tries to cut Shanice but can’t, so Claudette does it. So Andre heals Shanice and Claudette, who then heals herself, proving Andre’s skills. Keisha and Jessica eat out. Keisha regrets abandoning her. Keisha assures her that the 4400 are harmless, but Jessica claims differently and that their bloodwork indicates they are not fully human. Keisha keeps asking questions, and Jessica is disappointed. Jessica says she’s done and gets up to leave. Andre, Shanice, LaDonna, and 4400 others arrive. Uncomfortable, Barney tells them to leave, claiming the right to refuse service. The owner arrives with Jharrel and fires Barney for being a bigot. Shanice, LaDonna, and Andre congratulate Claudette. Claudette becomes a bartender. LaDonna notices Andre and Shanice’s chemistry and moves on. Because she is with him, Andre says he has faith in his powers. Shanice feels unsure. Claudette appreciates LaDonna for her support. a hug LaDonna tears up, thanking Claudette for her. LaDonna accepts Claudette’s invitation to a girls’ night. LaDonna’s father calls. Soraya approaches Keisha and declares her love. Keisha says she just dumped her girlfriend. Soraya keeps flirting. Jharrel gives Claudette a present to open later. She gives him a drink, and they kiss. She thanks him. Andre apologises for not informing her about Mariah’s involvement. Accepts Shanice She apologises for waking him up by saying Logan’s name. He doesn’t care. She’s puzzled. Because he simply wants to be with her, he admits he doesn’t know how to act around her. Shanice smooch. Claudette then closes the bar. She takes out a framed dollar bill from Jharrel. He surprises her by showing up. He assures her of his safety, and she kisses him. Keisha and Soraya make out and return to Soraya’s room, deepening their physical bond. Andre tries to see LaDonna but she’s gone. Andre finds a note from LaDonna on her computer.

A video of LaDonna telling him that Soraya will aid him whenever he needs it plays. To Jharrel and Keisha. So the contract is a trap to put people in conservatorship. Claudette confronts Jimmy in her darkroom. He tells her he’s taking her to get treated for her “divergent thinking.” She apologises, promising him her quiet and dedication. Claudette slashes her leg on her table as she closes the door. Before Jimmy and the medical employees arrive, she sees a green flash. Claudette develops the files in her new darkroom.