Yellowstone Youngest Cast: Who has played the role of Jaime’s son In Yellowstone Season 4? 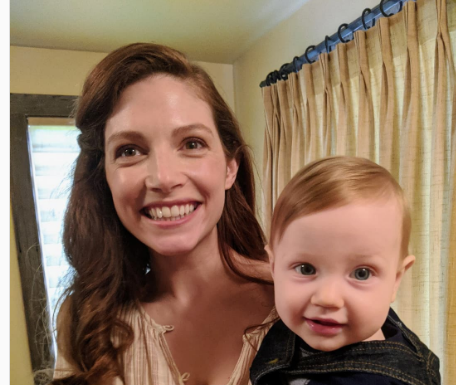 Christina, Jaime’s girlfriend returns in the sixth episode of Season 4 after learning that Jamie has severed ties with the Duttons and is creating his own way. She allows Jamie to meet his son for the first time in the episode. Now one of the youngest guests has joined Yellowstone. Fans are curious to know who has finally played the role of Jaime’s son.

Who is the youngest member of the Yellowstone Season 4?

Here you will be surprised to know this. The kid who was introduced to us as Jaime’s son. Actually she is a girl. Fans of “Yellowstone” will enjoy this twist: Katherine Cunningham, the actress who plays Christina, has a real-life child.Cunningham shared a picture on her Instagram page. In it she is shown nursing her beloved child, whom she has named. It depicts her cradling her lovely baby, whom she has named May.

“Introducing my daughter, May, the newest member of the @yellowstone cast!! It was a dream come true to work alongside my kid. Cunningham stated in the caption, “It was a present I’ll always treasure.” That helps to explain why Christina was absent last season. Cunningham was pregnant in real life, and while the authors might have made that a plot point, she may have preferred to take a break and spend time with her newborn. Take a look at the two “Yellowstone” stars below.

Don’t miss the hit Taylor Sheridan show on the Paramount Network on Sundays at 8 p.m. ET