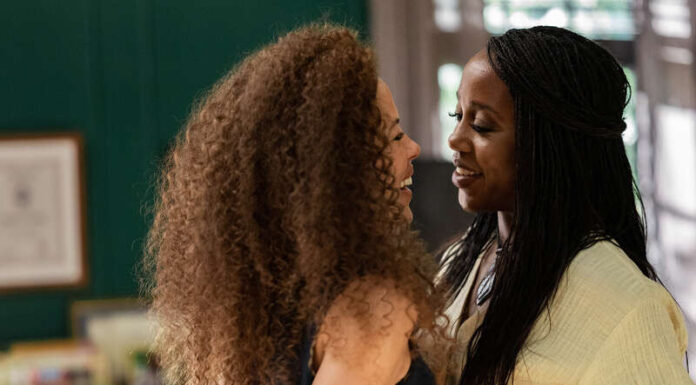 The last Yellowjackets episode 4, focused on Natalie’s sad past. Natalie saw her father shoot himself in the head in a flashback. Natalie, along with Travis, displays her shooting skills in the woods in 1996. With food running low, Coach Ben assigns them to hunt meat, revealing a new side of Travis. Natalie gets Kevyn to look into Travis’ toxicology result, and Shauna learns about Travis’ death. The revelation seems to frighten her, even though we haven’t seen anything to suggest Shauna has a genuine connection to him.  To discover more about the dancer’s dramedy series, Yellowjackets eps- 4, read the recap below from www.tvacute.com, which will help you understand the episode better. What can we expect from the 5th episode? We’ll have to move on in order to see this. The fifth episode, titled “Blood Hive” promises to be more interesting. You can find photos for Yellowjackets Episode 5 as well as a summary here.

In 1996, the girls may throw a wild party in the woods. Coach Scott will be leery of Misty after tripping him. Psychopathic Misty will enjoy torturing Coach Scott. Lottie’s paranoia will deepen as their stay in the cabin extends. Shauna will have visions of Jackie in 2021 as her affair with Adam continues. The two of them may go to a retro club to relive her adolescence. A friend who can hack into people’s emails will be contacted by Misty. The mystery symbol may hold the key to identifying the postcard sender.

Yellowjackets Episode 5 Synopsis: Out in the wilderness, the girls ride the crimson wave and plan a dark arts slumber party. Natalie and Misty tame a stallion. On Halloween night, Shauna parties like it’s 1996.

Yellowjackets Episode 5 will release on December 12. It premiered on Showtime a week early, and fans are already enthralled. Yellowjackets air new episodes on Sunday nights at 10:00 p.m. ET/PT, after Dexter: New Blood. Yellowjackets will have a total of ten episodes in its first season. Available on Fubotv | Amazon Prime | Roku | Direct tv

In 1996, a group of survivors practiced shooting a gun that they discovered in the cabin. As their food supplies dwindle, they plan to hunt and scrounge for meals. Nat assists Travis in retrieving his father’s ring, which he then presents to Javi. Nat’s abusive father died when he shot himself inadvertently during one of his violent outbursts, according to flashbacks. She kills a deer in 1996, ensuring the group’s survival for the time being. Nat appears to use Kevyn in 2021 to persuade him to disclose information on Travis’s death investigation. When a powerful woman begs for the truth about what transpired during those 19 months, Shauna acts like a teenager on her date with Adam, and Taissa declines her support.