Get ready for Tonight! Showtime’s Yellowjackets Episode 1 is here 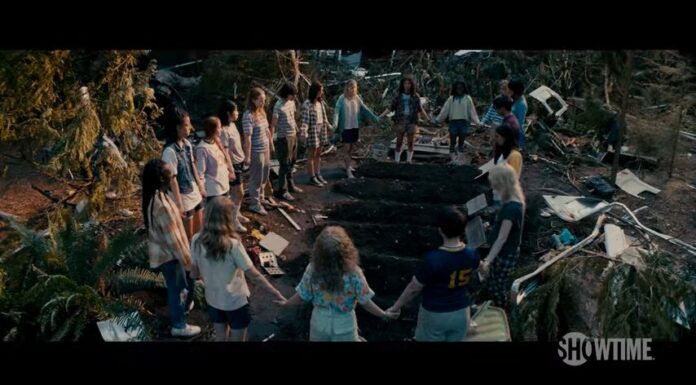 Yellowjackets is a survival epic, a psychological horror film, and a coming-of-age story all rolled into one. The series follows a group of incredibly gifted high school girls’ soccer players who survive a plane crash deep in the isolated northern tundra, charting their transformation from a complex but thriving team to ferocious clans. When they try to put their lives back together 25 years later, they will quickly discover that what started in the forest is far from over. (tvacute.com) Here’s the official Yellowjackets trailer, followed by a series overview and the Season 1 Episode 1 titled “101”

Yellowjackets Episode 1 Synopsis: On the eve of a fateful flight, a championship high school girls soccer team celebrates by betraying one another; 25 years later, the survivors do their best imitations of well-adjusted people. (directed by Karyn Kusama and written by Lyle & Nickerson)

Yellowjackets Episode 1 will release on November 14. It premiered on Showtime a week early, and fans are already enthralled. Yellowjackets airs new episodes on Sunday nights at 10:00 p.m. ET/PT, after Dexter: New Blood. Yellowjackets will have a total of ten episodes in its first season.