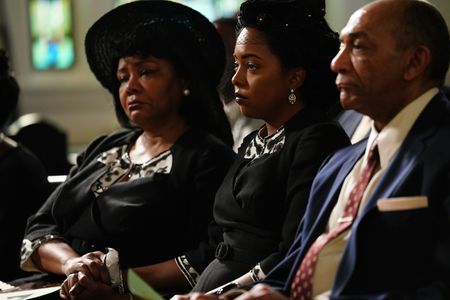 Viewers want to know how to watch the Jay-Z and Will Smith produced series Women of the Movement, which premiered on ABC on January 6, 2022. This story is the first of an anthology devoted to diverse women who played major roles in the movement, as indicated by the title.

Women of the Movement Finale Episode

Adrienne Warren plays Mamie Till-Mobley, Cedric Joe plays her 14-year-old son, Emmett Till, and Tonya Pinkins plays Alma Carthan, Emmett’s grandmother, in Women of the Movement. tonight back to back two episodes are airing. episode 3 is called “Let the World See,” which will focus on Till-efforts. Mobley’s. episode 4 is called “Manhunt.” From www.tvacute.com, a summary and promo, photos for Women of the Movement Episodes 3 and 4 can help you better understand the episode.

Women of the Movement: Episode 3 “Let the People See”

– After her son’s body is recovered in Mississippi, Mamie insists on having a public wake with an open casket to ensure that he did not die in vain. The case becomes national news, which puts pressure on Mississippi officials to do the unthinkable—go to trial.

"A truly heroic and brave moment in American history.. Emmett lives today because of Mamie’s strength. An important watch for all cultures."
– @sc pic.twitter.com/tVpZRsDy4o

Women of the Movement: Episode 4 “Manhunt”

A historic trial begins, and on the eve of her testimony, Mamie must face the three people responsible for her son’s murder, while also facing some ugly truths in the Jim Crow South.

Women of the Movement: Cast

Women of the Movement episodes 3 and 4 will air on ABC on January 13, 2022, at 8 p.m. EST. Station 19 and Grey’s Anatomy will be replaced by the series. On Thursday, the third episode will run directly following the fourth. Hulu makes all episodes available the day after they premiere on ABC.

Women of the Movement Episode 3 +4 Photos

Without cable, you can watch ‘Women of the Movement’ online.

If you don’t have cable, there are a few choices for watching Women of the Movement. Hulu is the best place to watch Women of the Movement. The limited series is not available on Netflix, therefore Netflix subscribers are out of luck. If you don’t have a Hulu account, you can get a free trial to watch the ABC series. A FuboTV free trial gives you access to live TV and a seven-day trial period.