Will Trent Episode 2 Recap: Ending! Do they save Emma? 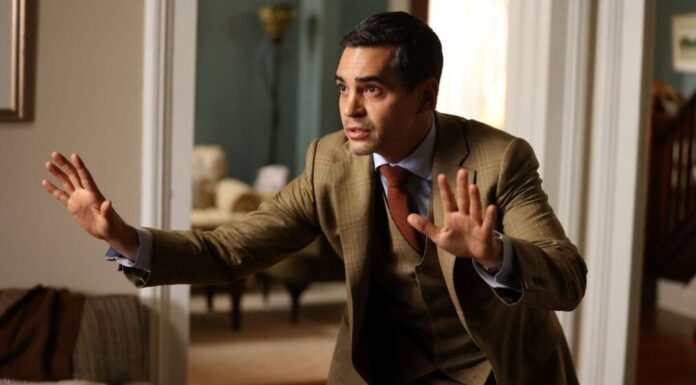 The unusual crime thriller Will Trent based on the books by Karin Slaughter continues to look for a missing girl, while her father (Mark-Paul Gosselaar) is complicating matters by shooting one of the suspects while intoxicated. Along with Will (Ramón Rodriguez) and Angie (Erika Christensen), two former foster children who are now adults, the turbulent dad has a history with them. Back at work, Will’s unwillingness to communicate with his new partner Faith (Iantha Richardson) may have unfavorable effects.  . For a detailed explanation of everything that happened in Will Trent, Episode 2 Recap continue reading at tvacute.com.

Evan Bernard, the English teacher of his daughter Emma, is fatally shot by drunken Paul. He subsequently confesses to Will and Angie that he believed Evan and Emma had a falling out because she had expressed a desire to drop out of his class after spending a lot of time in his office. Paul claims that following this event, Emma’s conduct dramatically changed. Paul is taken into custody by Will and Angie, who then take him to Evan’s home, where he is found bleeding out in the driveway. Will examines the property before the ambulance comes and speculates that Evan got up to lock his front door after being shot before returning to his position on the driveway.

While Paul is at the precinct writing his statement, Angie learns that Evan was on a cellphone when he unlocked the door for Paul. She also discovers that everyone is aware of her and Will’s relationship. Angie admits to Franklin, her previous companion and sponsor, that Will is just like her “arm.”  Franklin claims that they are dependent on one another, while she maintains that they never discuss  anything that matters.” Angie also admits to donning a nicotine inhaler while operating as a cover. She dismisses it, however, and assures Franklin she will show up to the meeting right away.

Even though they usually merely “scurry about in the shadows and wallow in shame,” Will later invites Angie to supper. As soon as he locates Emma, she consents to leave. Will visits the hospital where Evan is feeling better. Will learns from him that, despite his denials, Evan might have been Warren’s tutor while he was Emma’s initial kidnapper. Evan denies making a sexual move on Emma, as Will claims he did. Jennifer Morrison’s character Abigail Campano receives a call demanding $3 million as ransom. A video of Emma pleading with her mother to deliver the money is also sent by the kidnappers. The GBI, however, cautions against doing such. Before paying the ransom, Abigail provides Will a six-hour grace period.

When Evan’s burner phone is discovered, the hospital gives it to Will and Faith. When they get at Emma’s school, they discover that Kayla and Evan were sharing a bed. Although the test results weren’t in yet, Will tells Evan in his office that they were able to match his DNA to the semen discovered on Kayla. Evan does, however, acknowledge a sexual relationship with Kayla.Evan is detained by Will and Faith, who also obtain a warrant to examine his home. They discover a girl’s room there, where there is a strong bleach odor. Will instructs Amanda Wagner to authorize Abigail to pay the ransom at the station. Angie and Michael Ormewood are given a fresh case involving the murder of Sasha at her apartment. To her neighbor’s apartment, the partners track a blue hair color trail.

When they overheard someone fighting with Sasha, Nico, the neighbor who goes by they/them, reveals that they were in Sasha’s apartment coloring their hair. They are detained by Angie and Ormewood because they believe they are lying when they claim they had no idea who it was. Later, once Nico finally opens up to Angie, they confess to having seen their landlord throw a hammer in the trash. Ormewood says sorry to Angie for once having a drunken affair with her while rummaging through the trash.

In “Will Trent” Season 1 Episode 2 Ending: Do they save Emma?

In Will Trent Season 1 Episode 2, Abigail pays the ransom, and the GBI receives a location as a result of the money transfer. But before the police arrive, Evan’s accomplice transfers Emma. They try to shove the vehicle into a body of water after stuffing her in the trunk. But before it can sink, the car becomes trapped. Faith learns that Emma and Kayla composed a song in Warren’s studio for their graduation. The chaperone was Mary Clark, the guidance counselor of the school. When Will sees Mary, he recognizes that she is the third kidnapper. When he makes a call on Evan’s burner phone and a different phone in the house rings, he is able to confirm this.

Faith appears and tases Mary before she has a chance to shoot Will. Although Mary is a closed case at the GBI, they do discover that Evan sexually assaulted her in high school. Will then wants Angie to speak with Mary, and we discover that Angie’s mother started courting men when she was just five years old. Angie discovered her mother overdosing in the bathroom when she was seven years old. Angie, like Mary with Evan, yearned for her mother’s approval. Mary informs Angie where Emma is and says Evan asked her to kill the adolescent girl. Emma is saved by them, and she meets up with her parents.

Later, Amanda expresses her desire for Will and Faith to keep working together. And Angie shatters her and Will’s date night plans. He brings back painful memories for her, making their relationship impossible. Will disputes this, saying she is the one who saved him. And Angie adds that she provided Nico, who will accompany Betty, her key to his residence. Their talk is effectively over at this point.

Paul visits Will at the end of Will Trent Season 1 Episode 2 to express his gratitude for saving Emma. And he promises to assist him in repairing his vandalized car.