Will Peacock’s ‘Queer as Folk’ get a second season? 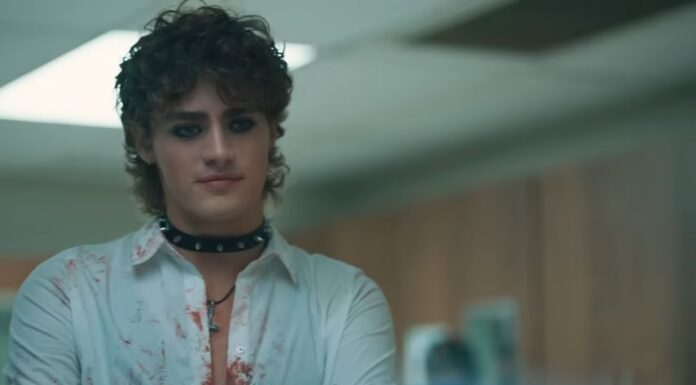 Queer as Folk is a colorful remake of the U.K. series of the same name that follows a group of LGBTQ friends as they deal with the aftermath of a devastating shooting at a New Orleans Pulse nightclub. but the new show mostly takes its own path, one that is both frivolous and political. Despite the serious subject matter, the program retains its bubbly pleasure and a strong, almost aggressively queer sense of joy.

However, The shooting takes place near the end of the pilot, and the subsequent episodes follow Brodie (Devin Way), his best friend Ruthie (Jesse James Keitel), his brother Julian (Ryan O’Connell), Mingus (Fin Argus), Ruthie’s partner Shar (CG), and Brodie’s ex Noah (Johnny Sibilly) as they individually deal with the tragedy’s aftershocks and the consequences. Brodie professed his love for Ruthie, a transgender high school teacher who is married to Shar who recently gave birth to their twin kids, in the Season 1 finale, which ended on a significant cliffhanger.

Many fans are asking if a Season 2 of Queer as Folk is already in the works, given the show’s shocking conclusion.

Is there going to be a second season of ‘Queer as Folk’?

Stephen Dunn, the show’s creator, says to variety.com, I’ve just had this feeling of like, “It’s not over. This is just the beginning. ”That’s not for me to say, but I know we have a lot more stories we want to tell, and we’re already planning them. The first season of Peacock’s “Queer as Folk” lasted ten episodes. The Showtime version lasted over 80 minutes.

Distractify spoke with Stephen Dunn, the show’s creator, exclusively about the surprising climax and what’s next for our favorite characters. Stephen Dunn says there are “huge things” in the works. Brodie goes up to Ruthie and Shar’s house in the pouring rain and proclaims his love for her in a total Notebook-esque scenario. Ruthie and Brodie commence a thorough makeout session as Ruthie’s girlfriend Shar is inside tending to their twins, which had viewers’ jaws on the floor. Stephen also added he didn’t intend for the two to be linked in the finale.

Stephen stated, “It sort of occurred.” “It kind of grew organically.” And as we got closer to the conclusion, I called [showrunner] Jaclyn [Moore] and told her, ‘I have this idea.’ What if anything unexpected took place there? “Something completely unique.”

When Showtime’s “Queer As Folk” originally aired, Dunn, a Canadian filmmaker best known for his 2015 horror picture “Closet Monster,” was a child. The show on which his version is based is Russell T. Davies’ original 1999 British version, which he first saw when he borrowed it from a video store in high school.