Why did AMC Cancel 61st Street and Invitation to a Bonfire? 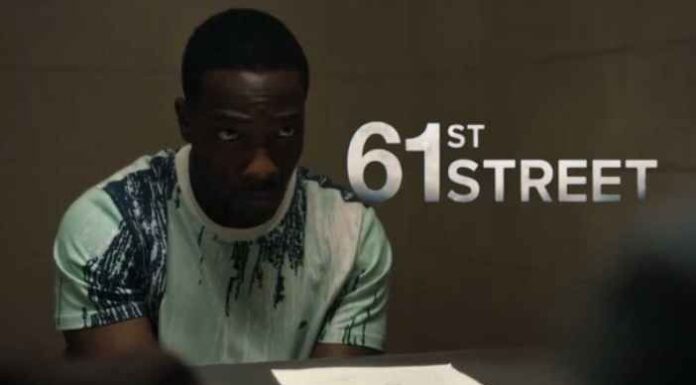 The second season of 61st Street and the planned drama series Invitation to a Bonfire have both been canceled by the AMC Network. Variety said that both programs were far into production when AMC abruptly chose to cancel them. The purpose of these cancellations is to reduce expenses, therefore discarding the work that has already been completed will be less expensive than continuing with the production and airing the content.

Last month, AMC declared that it would start making cost reductions, beginning with “strategic programming evaluations.” They anticipated taking write-downs on content totaling roughly $400 million, and they also aim to save $75 million through “organizational restructuring costs.” The Securities and Exchanges Commission (SEC) was informed of these preparations, but this week’s cancellations are the first concrete evidence of them.

Before the network made the decision to discontinue it, it is said that the full second season of 61st Street had been taped. Simply for not airing this season, AMC will now receive write-offs. The network had already begun filming four of the six episodes of Invitation to a Bonfire when it made the decision to cancel.

The layoffs at AMC can also be connected to a sudden change in management. After less than three months, Christina Spade, the CEO of AMC Networks, resigned from her position. James L. Dolan, who is acting as the “interim executive chairman,” has since taken over. Dolan has already informed the staff that significant changes are probably in store.

“We are primarily a content company and the mechanisms for the monetization of content are in disarray,” he stated. He warned that the upcoming cost-saving measures would include “a large-scale layoff as well as cuts to every operating area of AMC Networks.”

AMC has accepted the idea that a canceled show might be reborn on a different channel in the modern era. The company “may collect some future licensing and other revenue connected with certain of the owned titles,” according to the SEC filing. There is currently no information available on 61st Street or Invitation to a Bonfire revival plans.

The first episode of Peter Moffat’s American legal drama television series 61st Street aired on AMC on April 10, 2022. Black high school athlete Moses Johnson (Tosin Cole) is caught up in Chicago’s notoriously corrupt criminal court system. After being detained by the police on suspicion of being a member of a gang, Johnson is put in the middle of a legal battle with Franklin Roberts (Courtney B. Vance) as the authorities seek retribution for the murder of an officer during a botched drug bust.

AMC program Invitation to a Bonfire is based on Adrienne Celt‘s book of the same name, which Rachel Caris Love then cinematically adapted. The staff of an all-girls boarding school in 1930s New Jersey is followed in Invitation to a Bonfire. Young Russian immigrant Zoya (Freya Mavor) works at the school where Leo (Pilou Asbeak) and his wife Tatiana Maslany (Tatiana Maslany) have recently been hired. While the girls in the school negotiate the complicated social structure of 1930s American culture, Freya becomes involved in a toxic, fatal love triangle with Leo.