Where was Look Both Ways on Netflix filmed? 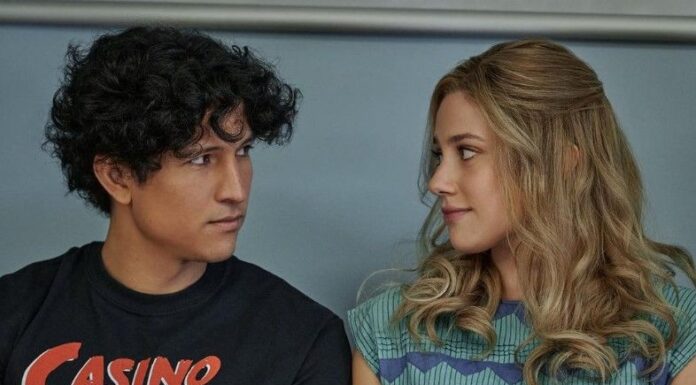 Look Both Ways (formerly known as “Plus/Minus”), a brand-new romantic comedy, debuts on Netflix on August 17. It centers on Lili Reinhart who plays a young woman, and her life takes a bizarre turn the night before her college graduation when it splits into two parallel and distinct universes. One of the realities has her getting pregnant and learning about parenthood while still a young adult in her hometown, while in the other, she moves to a new city in search of new chances and to further her profession. It was written by April Prosser and directed by Wanuri Kahiu. Along with Reinhart, the movie also stars David Corenswet, Luke Wilson, Andrea Savage, Aisha Dee, Nia Long, and Danny Ramirez. Furthermore, you can be confused by the two separate settings that depict two different worlds. If so, you might be curious about what tvacute.com have to say about it.

The Lili Reinhart-starring film’s primary photography started in mid-June 2021 and ended in August of the same year. You would be aware that the story is set in two separate locations. The majority of romantic films in “Look Both Ways” is set in Los Angeles, California, although some of it is set in Austin, Texas.

through summer texas heat, thunder delays, pee-mo fires, & all else—we made it!

what a special group of talented & good humans I got to ride alongside with on this incredible journey.

until next time, mi amigos 🤠💖 pic.twitter.com/gGmqp9jfkf

The actors and crew of the romantic film were seen taping some crucial scenes on the first day of filming at the Violet Crown Clubhouse at 7100 Woodrow Avenue in Austin. The Paramount Theatre, Town Lake, Violet Crown Clubhouse, Stubb’s Bar-B-Q, Hanks restaurant, Patterson Park, the lobby of the H-E-B Digital & Favor Eastside Tech Hub, the Austin Waldorf School, and a home in the Old Enfield/Clarksville neighborhood are among the locations where scenes were filmed in Austin. Additionally, sequences were filmed at Troublemaker Studios.

The actors and crew also flew to Los Angeles, a significant metropolis in Southern California, to tape a few additional segments. It appears that certain beach scenes and other outside scenes were filmed at the City of Angels. You might be able to see LA’s upscale neighborhoods, stunning beaches, and vibrant downtown in the movie “Look Both Ways.”

Some of the cast members had to record retakes in Vancouver, Canada, towards the beginning of 2022. The majority of the crucial scenes were filmed in and around Downtown Toronto, notably at Acquafarina at 425 West Georgia Street, Pacific Coffee Roasters at 345 Robson Street, and the Vancouver Public Library at 345 Robson Street #101.

Look Both Ways on Netflix