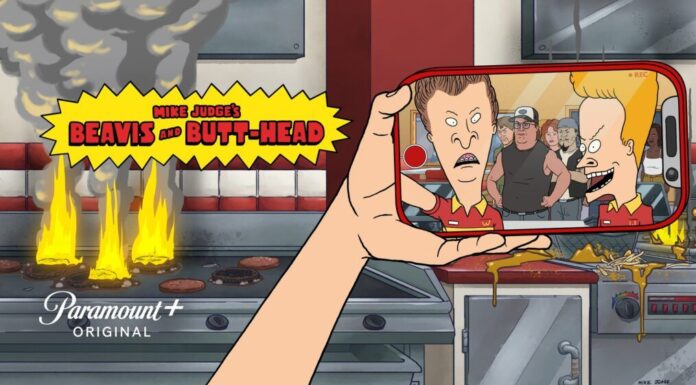 Beavis and Butt-Head, those permanently juvenile teenagers who first gained notoriety (if not age) in the 1990s on MTV, may be enjoyed by people who find solace in the knowledge that certain things never change. The animated series is being revived for a streaming audience by Mike Judge, the character’s creator and voice actor. Whether the guys become imprisoned in a bathroom they mistook for an escape room or in a cardboard box they’re hiding in at school, the foolishness is so overt it’s almost brilliant. In between scenes, B&B revert to their old strategies, making fun of music videos, as well as TikTok and ASMR whispering YouTube videos. In the finest opening-night short, Beavis is controlled by a talking dumpster fire that exhorts him to better himself. Zero chance. The chaos that the young team caused is eagerly anticipated by the show’s audience. We’ve got your back if you’re in the same situation and need to know where to watch the Beavis and Butt-Head Season 1.

When Does Beavis and Butt-Head by Mike Judge Debut?

On August 4th, 2022, new episodes of Mike Judge’s Beavis and Butt-Head will air.

Is Beavis and Butthead by Mike Judge available to stream online?

Absolutely! Beavis and Butt-Head by Mike Judge is currently streaming on Paramount+.

Is Mike Judge’s Beavis and Butt-Head Streamable Without Paramount+?

That won’t be doable, regrettably. The revival is exclusively available to viewers on Paramount+. There are three main types of plans available on the streaming platform. If you don’t mind advertising, the Paramount+ Essential Plan is $4.99 monthly or $49.99 annually. The Paramount+ Premium Plans, meanwhile, start at $9.99 a month or $99.99 annually (gets rid of most ads). Additionally, there is the Paramount+ / Showtime subscription plan, which costs $12 per month (with advertising) or $15 per month (no ads).

Is Amazon Prime the home of Beavis and Butthead?

By paying an additional $9.99 per month to add Paramount+ to your existing Amazon Prime subscription, you can watch “Beavis and Butt-Head” there!

New subscribers to Paramount+ receive a free week-long trial during which they can watch “Beavis and Butt-Head.” To check out the animated series, you can also use Paramount+ on Amazon Prime for free for seven days. We strongly advise our readers not to view their favorite shows using any unlawful ways. Paying the appropriate platforms demonstrates your support for the creators of the shows and helps to bring you more of the same!

Does Mike Judge’s Beavis and Butthead Have a Trailer?

The Beavis and Butt-Head trailer was unveiled by Paramount+ on July 15, 2022. The opening scene of the video features the two closest friends annoying their teacher David Van Driessen in class. Beavis brings the hand drill he is using to play with as close to his eye as he can at his workstation. Of course, Butt-Head is standing next to him, giving his friend a scathing side-eye.

The remainder of the trailer is a collage of videos featuring the duo in risky circumstances. From little mishaps like getting stuck in a box, being struck by a rake, and unintentionally smashing windows with a ladder to extreme ones like passing out in a museum’s mummy tomb and having their hands sucked into a bee hive. Just another typical day in the lives of Butt-Head and Beavis.