Where to Stream ‘Central Park’ Season 3? 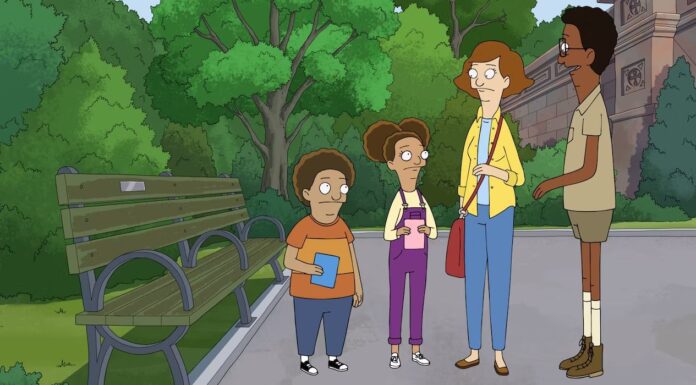 Central Park enthusiasts! Adult animation sitcom and the twice-nominated series new season is here. The Tillerman‘s will devise a fresh plan to save their home and the planet this fall. Bitsy Brandenham tries to take over Central Park in Season 3, while Owen and Paige Tillerman try to rescue it. Owen gets to rebrand the park and Paige gets a book deal in the new chapter. This time, the couple will need all their expertise. (tvacute.com) Here is a detailed guide on how to watch ‘Central Park’ Season 3, including when, when, and how.

The musical series narrates the tale of the Tillerman-Hunter family who resides in Edendale Castle in Central Park via the perspective of a fourth wall-aware busker narrator named Birdie. Family members include patriarch Owen, the nerdy park manager, his wife Paige, a writer who strives to create a true story, daughter Molly, who enjoys making comics about herself and a crush, and son Cole – an emotional young boy who loves animals. Their lives are changed when Bitsy Brandenham, an old heiress and entrepreneur, and Helen, a constantly mistreated assistant, decide to buy up all the property in Central Park and develop it into additional condos, retail establishments, and restaurants as a means of retaliation against the world. In order to preserve the park, the Tillermans must also resolve their problems.

When Does Central Park Season 3 Come Out?

Where Can I Watch Central Park Season 3 Online?

The adult animated musical sitcom is an original for Apple TV+ from Bob’s Burgers creator Loren Bouchard, Josh Gad, and Nora Smith. The show launched in May 2020 to critical praise. The series was renewed in March 2021, before its June 2021 premiere. Apple TV+ offers all three seasons of the animated comedy series, Central Park.

Central Park is an Apple TV+ original series, thus it’s only available there. Apple TV+ is freely accessible online and offers original and popular programming. Web and mobile apps offer the service. If you buy an Apple TV or other Apple gadget, you can obtain a free trial. Apple TV+ standalone costs $4.99 a month and includes a 7-day free trial.

How many episodes are there in Season 3 of Central Park?

The third season of Central Park will consist of 13 episodes, each of which will last 25 minutes. On September 9, the first three episodes available at the same time. After that, each new episode will begin streaming every Friday.

The third season of Central Park has an official trailer that covers the new season’s plot and fan-favorite characters. Everyone’s in their element, as fans like it. Abby Hunter, Paige Tillerman’s sister, and Molly and Cole’s aunt introduce this season. Kristen Bell voices Broadway hopeful Abby. The teaser also contains some new guest characters that are sure to make the Tillermans’ lives more intriguing and add to the thrill of the series.

When will the third season of Central Park end?

On Friday, November 18, 2022, the final episode of Central Park Season 3 will only be available on Apple TV+.