What does the title “The Pale Blue Eye” Mean? 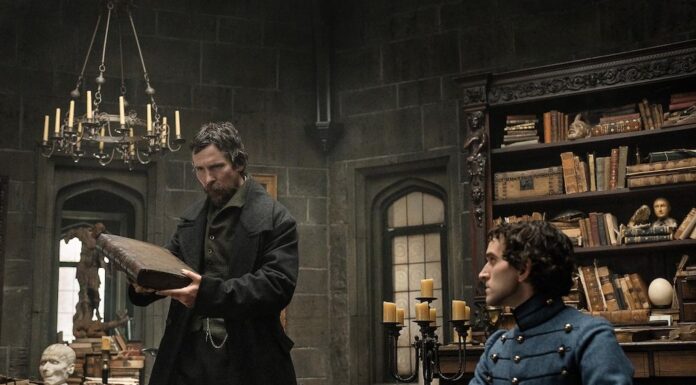 Scott Cooper is the writer and director of the 2022 American mystery-thriller The Pale Blue Eye. Prior to Netflix’s streaming debut of The Pale Blue Eye on January 6, 2023, the movie was shown in a few select theatres on December 23, 2022. It relates the tale of seasoned detective Augustus Landor, who enlists the help of young military cadet Edgar Allan Poe in 1830 West Point, New York, to look into a string of deaths at the United States Military Academy. We have learned more about the title’s importance and position in the historical drama’s plot after becoming intrigued by it.   let’s find out the answer at tvacute.com.

What does the title “The Pale Blue Eye” Mean?

The movie’s title, “The Pale Blue Eye,” has a number of different meanings. First off, Scott Cooper’s movie is a retelling of Louis Bayard‘s eponymous book, which tells the fictional backstory of one of the greatest American authors of all time, Edgar Allan Poe. A line from Poe’s bibliography seemed like a good title because Bayard wanted his book to tell the fabricated story of Poe’s debut as a poet and writer. Thus, in “The Tell-Tale Heart,” one of the most well-known short stories by the author, the author came across the term “the pale blue eye.”

The title of the book, which is derived from “The Tell-Tale Heart,” is only one of several Easter eggs that are sprinkled throughout it, according to Bayard, who spoke with Netflix’s Tudum. “One of his eyes had a film covering it and was a pale blue colour, like a vulture’s eye. My blood froze whenever it struck me, according to Poe’s short story. The phrase’s significance extends beyond only its allusion to that particular sentence in the well-known short story, though. The statement was incorporated into the narrative of the novel by Bayard, just like Cooper did when he turned the book into a movie, as an important element of the murder mystery.

Leroy Fry is slain while sleeping in the movie, and Poe begins to compose a poem. He penned the poem on a piece of paper after waking up and discovered that it is about a young woman with “the pale blue eye” who is in excruciating pain. To the maid with the pale blue eye and To the ghoul with the light blue eye are two instances of the phrase “the pale blue eye” in the poem. Lea Marquis, who later becomes his sweetheart, initially fools the young poet into thinking that the poem is about her. Poe believes that the distress he observed in the young woman was a result of Lea’s illness because she is terminally ill.

Poe ultimately understands that the distressed woman in Bayard’s source novel for the movie isn’t Lea but Mathilde, also known as Mattie, the late Landor’s daughter. Poe selects the first letter of each stanza after finishing the complete poem, which says, “Mathilde died.” The young poet makes the connection between Mathilde’s death and Fry’s death, which brings him to the neighbourhood bartender Patsy, who tells him how Mathilde was raped by a bunch of cadets. He also discovers that Mathilde committed herself by jumping over a cliff following the tragic event. Poe doesn’t need much time to get to the conclusion that one of the cadets was Fry, and that Landor killed him to exact revenge for the death of the latter’s daughter.

In the end, “The Pale Blue Eye” is a story of a father and son relationship, with Landor ( Christian Bale) playing a father figure to the detective’s adopted son Poe ( Harry Melling)  and assisting him in healing from the loss of his own child Mathilde. Poe and Landor part ways as Poe realizes who the damsel with the light blue eyes actually was and that Landor is a murderer.