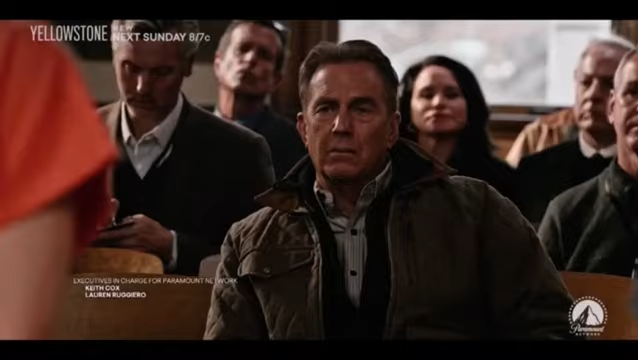 In episode 7 of Yellowstone Season 4, a lot transpired that will have an immediate and long-term impact on “Yellowstone“ Ranch. We discovered that John Dutton intends to run for Governor of Montana. In doing so, he offers his adopted son, Jamie Dutton, the proverbial middle finger. As the season progresses, this position is sure to worsen, and you can guarantee Jamie is planning a counter-strategy. Avery proclaims her love for Kayce Dutton, despite the fact that he is happily married. Teeter and Laramie are permitted to stay in the bunkhouse, and Lloyd buys Walker a new guitar as a first step toward making apologies.

The stage that the previous episodes set will have an impact in the coming episodes. Looks like we might be saying goodbye to our favorite character this season. Who will it be after all? Can’t say anything So are you anxious to see the new episode 7 of Yellowstone Season 4 Coming Next Week? It’s titled is “No Kindness for the Coward.” Can’t wait Don’t be disappointed Here we have the promo of the next new episode which you can watch and guess below. War has broken out You can hear Jamie saying how can I beat him? Further his father Garrett replies “Do you know where all the dead bodies are? Buried”. And then hears from John that he knows who tried to kill him. In the promo, we see everyone is worried. In the end, we can hear John say “we don’t kill sheep we kill wolves. cowboys don’t say goodbye, they say see you until we’re in, that shit.” And we know who is Sheep and Who is wolf??  Watch Yellowstone Season 4 Episode 8 Preview here.