Everything You Need to Know About ‘Under the Banner of Heaven’: Release Date Cast, and Trailer 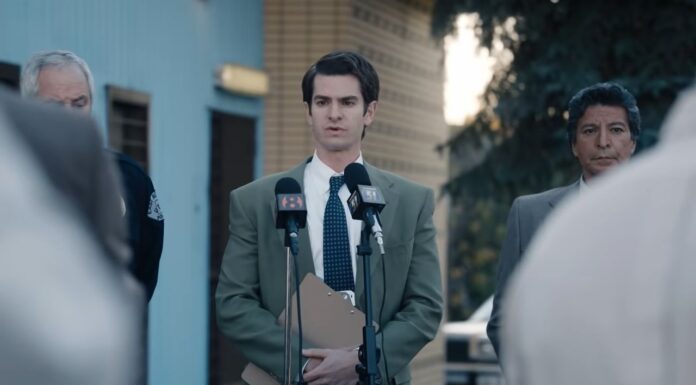 All true crime fans, take note: FX’s brings a fresh miniseries of scripted true-crime series. True crime miniseries fans have recently enjoyed the fascinating and psychologically. They will be overjoyed again! Andrew Garfield stars in FX’s new miniseries Under the Banner of Heaven, which is based on Jon Krakauer’s true-crime blockbuster about religion, deception, and murder. The miniseries examines the horrific murders of Brenda Lafferty and her baby daughter. Let’s take a look at the episode schedule for this heartbreaking true-crime limited series.

What is the best way to watch Under the Banner of Heaven Episode 1 online?

Is ‘Under the Banner of Heaven‘ a True Story?

A highly anticipated true-crime miniseries directed by Oscar winner Dustin Lance Black. from FX and Hulu, explores the tragic events that tormented the Lafferty family. The terrible murders were carried out by brothers Ron and Dan Lafferty. As well as how religious beliefs both contributed to and were challenged by their deaths. Under the Banner of Heaven is based on Jon Krakauer’s true-crime novel “Under the Banner of Heaven: A Story of Violent Faith“, which was published in 2003. The book covers both the history of the Church of Jesus Christ of Latter-day Saints and Brenda Lafferty’s violent 1984 murder by her in-laws.

How many episodes are there in Under the Banner of Heaven? What is the episode release schedule?

Where Can I Watch Under the Banner of Heaven?

Beginning April 28th, Under the Banner of Heaven will be available to stream on Hulu in the United States. The show will be offered on Disney+ in several international regions, including the United Kingdom.

Who is in the Under the Banner of Heaven cast and crew?

Under the Banner of Heaven Trailer

On February 23rd, a teaser trailer was published. and On March 29, FX published a complete trailer for Under The Banner of Heaven.

The trailer depicts the Lafferty killings being investigated and concentrates on Garfield’s Detective Pyre’s emotional and spiritual impact. Scenes of the supposedly picturesque suburbs of Salt Lake City are filtered to make them scary and creepy, implying how Pyre’s perception of the world has changed as a result of this case.