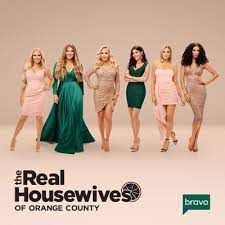 In the previous episode of ‘RHOC,’ Shannon Beador tried again to apologize to Heather Dubrow, but Heather remained uninterested in forgiving her. continue reading the episode 5 recap. Fans are now eager to discover more about the latest episode of ‘RHOC. At www.tvacute.com, you’ve come to the perfect place to get The Real Housewives of Orange County Season 16 Episode 5 titled “A Tele-Noella” synopsis and trailer.

The Real Housewives of Orange County: Season 16, Episode 5 Synopsis: Shannon apologizes to Heather, but her atonement doesn’t end there; Dr. Jen’s attempt to smooth things over with Noella unexpectedly blows up; Gina warns Heather about more negative comments Noella has made.

Shannon first heard that Heather was acquainted with Nicole James, a lady she had known for several years, when she told a few of her co-stars that Nicole had tried to sue Heather’s husband, Dr. Terry Dubrow, for a botched boob operation. Nicole had married and changed her name since then, so Heather was unaware of the litigation. Heather, on the other hand, seemed unconcerned about the litigation. Terry didn’t have it because Nicole had given it up years ago. Heather, on the other hand, was not pleased with Shannon for disseminating the knowledge to the rest of the cast. Shannon should have gone straight to her with the facts, she would have preferred. Shannon made several attempts to apologize to Heather, but Heather made it apparent that she was not interested in forgiving her old friend. This week was no exception.