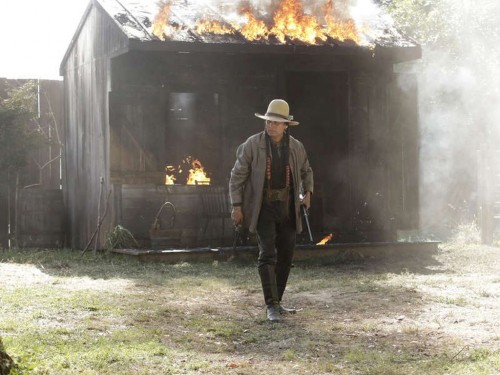 It’s difficult to say that, yet the American mini-series The Good Lord Bird Season 1 finale is here. The episode titled is “Last Words,” and will air this coming Sunday ( November 15) at 9 PM ET/PT on SHO. Let’s find out what will happen in The Good Lord Bird finale?

Now read the official synopsis of The Good Lord Bird episode 7 which was directed by Kate Woods and written by Mark Richard & Erika L. Johnson.

John Brown and his remaining army take a last stand as more federal troops descend upon Harper’s Ferry. With John Brown captured, Onion, truly on his own, risks his life to say his goodbyes to Brown. Series finale. Starring Ethan Hawke and Joshua Caleb Johnson.

SHO has dropped the preview of “The Good Lord Bird” Finale episode (1.07). We recommend checking out The Good Lord Bird Season 1 Episode 7 promo below to get a better idea of what will occur?.

Currently, we don’t know The Good Lord Bird season 2 has renewed or Cancelled, but we’ll keep you guys updated on that when we hear something new.