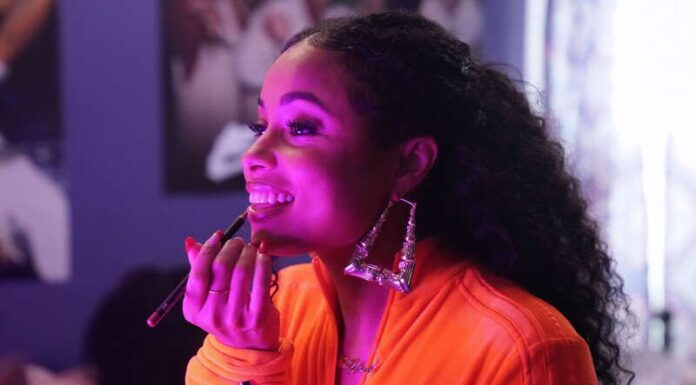 The Chi is back. This is good news for viewers who are curious about what will happen to the fictional city of Chicago moving forward since Douda (Curtiss Cook) appears to have resigned from his position as mayor and left the area. Douda isn’t the kind to just roll over, so we should point out that there’s a good chance he’ll be back and much more deadly in season 5.

The Chi Season 5 Episode 2: Jake meets someone from his Past

As they say, if you think you've seen it all: keep living. Peep into the spicy lives of our most seasoned characters June 24. #TheCHI pic.twitter.com/iPAlV1208B

Showtime has hinted that viewers may expect the characters to focus on the complicated concept of love when the city undergoes its transition in government. Relationships between parents and children, residents and the community, and, of course, self-love are all put to the test, in addition to romantic ones. The Chi season 5 information is provided here(tvacute.com).

The fifth season of Lena Waithe’s coming-of-age drama set in a South Side neighborhood has relationships and lives that are constantly changing. OVERNIGHT CELEBRITY is the title of the Season premiere. Tiff (Hannah Hall) and Emmett (Jacob Latimore) are now co-parents, and while Tiff would want to see Emmett and his wife reconcile, she has other plans—with Rob (Iman Shumpert). While Jada (Yolanda Ross) evaluates her life after cancer, Kiesha (Birgundi Baker) is adjusting to motherhood. Trig (Luke James) also considers entering the city’s political arena, even though doing so could mean making a personal cost.

The Chi Season 5 Episode 1 Synopsis: Emmett attempts to win Tiff back. Kiesha looks to start a new chapter for her and her son. Kevin takes his passion to a new level. Jake tries out for the basketball team. Papa’s announcement at the school pep rally quickly takes a turn for the worse. Jada hits a roadblock in her relationship with Suede. Trig takes a major step while continuing his efforts to protect the community. Douda and an old face return to visit Tracy.

On Friday, June 24, Showtime subscribers can watch The Chi season 5‘s debut on-demand in an intriguing turn of events. The Chi season 5 will premiere on Showtime’s linear TV channel tonight, Sunday, June 26, at 9 p.m. ET. you have options like DirecTV, Philo TV, Sling TV, Fubo TV, and YouTube TV. You can buy or rent episodes of ‘The Chi’ on VOD services like Amazon Prime Video, Apple TV, and iTunes.  “The Chi” is not available on the streaming service, HBO Max customers may feel let down.

Where to watch The Chi Season 5 Episode 1 Free?

Showtime is giving a 30-day free trial, followed by three months at a discounted rate of $3.99 a month, followed by a standard membership. Showtime may be streamed commercial-free and without a cable subscription. You may view this content live, on-demand, or offline. Showtime content streams on Android TV, Android, LG, Samsung, Fire, Fire TV, PlayStation 4, Chromecast, Roku, iPad, iPhone, Apple TV, Xbox, and Oculus devices.  Showtime’s free trial is for new customers only. Free trial, price, and device availability vary by subscription provider, the channel says.

Hulu subscribers can try Showtime for a week free. Try Hulu’s Showtime add-on for a week. The add-on costs $10.99/month after the trial. The trial officer is accessible to new and returning Hulu base plan members.