The Challenge: Ride or Dies: Who’s Eliminated in Episode 11? 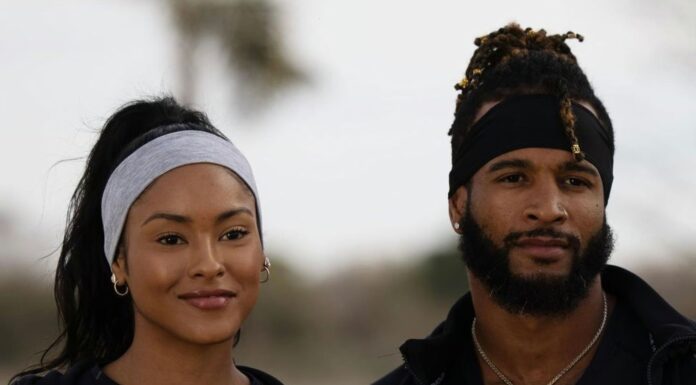 Several new teams entered the tournament at the start of The Challenge Season 38. Jordan Wiseley, Aneesa Ferreira, Johnny “Bananas” Devenanzio, and Nany González all arrived beyond their scheduled times. Both seasoned teams are still in the competition. T.J. Lavin just revealed a brand-new twist that split the current ride-or-die combinations. In episode 9, Moriah Jadea and Faysal Shafaat received the honour of leading their new teams as team leaders after triumphing in the daily challenge. Following a coin toss, Faysal chose a competitor for his team first, placing that person’s ride-or-die on Moriah’s team. By the time Moriah and Faysal had finished choosing their teams, Faysal appeared to have a significantly superior team.
Finally, episode 10 introduced another twist. The Brother of Kaycee Clark, Kenny Clark, was pitted against Horacio Gutiérrez in the elimination round. Horacio triumphed, ostensibly relocating Kaycee’s sibling. But Lavin declared that Kenny had a chance to come back as long as Kaycee, his ride-or-die, remained in the game.

The dynamics were changed now that people aren’t competing as teams, and there was a lot of voting that took place before the episode’s conclusion. Nany, Moriah, and Amber were forced to draw their swords when Nurys discovered she was entering the Zone. There could only be one of them who was secure, and that was Moriah! That gave her the authority to make the choice of whether to deem Amber safe or to approve Nany in her place. She chose Nany, therefore in order for Amber to continue competing, they had to face off against Nurys.
We did sense Nurys the entire time she was down there; after all, she was a rookie going up against a seasoned veteran who had already proven her mettle in competitive situations. She persisted in fighting, and as a result, she and Chauncey had an opportunity to make progress. Nurys, therefore, doesn’t have many reasons to be sad despite the fact that this marks the end of her season.