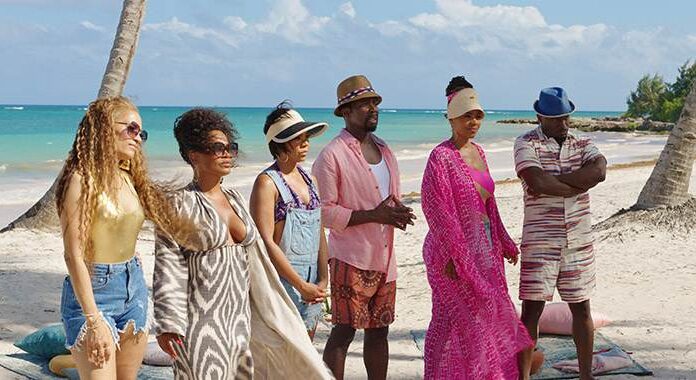 It’s incredibly difficult to say goodbye to what The Best Man, a breakthrough Buppie romantic comedy, started in 1999. And it can seem premature to a certain fan generation. Executive producer/director Malcolm D. Lee, who also worked on the original Best Man movie and 2013’s The Best Man Holiday, is wrapping off the tale of these buddies with the television series The Best Man: The Final Chapters, which premiered all eight episodes on Peacock on December 22.

The finale opened with a flashback of the retired NFL player visiting Mia (Monica Calhoun, who is once again playing the part of the Best Man) in the hospital shortly after LJ was born. On what would have been their 20th wedding anniversary, Lance visited Mia’s grave and prayed for advice on how to handle LJ. His oldest child, who came out as nonbinary, and he had a difficult chat only recently. Now they were missing. Fearing that they could be dead and that he had failed as a father, Lance desperately looked for LJ. He ultimately caught up to LJ, who had taken refuge in a church that was open to LGBTQ+ people.LJ talked openly about how they got to know their mentor, Pastor Calvin, and how they discovered love and acceptance at this church. Lance told his kids that he loved them and apologized for not turning up as he should have.

In the meantime, Robyn and Harper made the decision to separate after realizing their lives were taking different turns. Harper discovered that Robyn intended to sell their home and relocate to Ghana with their daughter Mia at a meeting over the division of assets. He surprised Robyn by requesting custody of Mia out of frustration. That resulted in a yelling confrontation in front of their friends during which Robyn called Harper a “Uncle Tom Clarence Thomas” and Harper branded her a “fake African Kunta Kinte.” At a large celebration held at MetLife Stadium, Lance celebrated the retirement of his jersey elsewhere. LJ was identified as nonbinary by Lance when he introduced his family to the media, and he even used their correct pronouns. Jasmine, who was now employed at the hotel where the reception was being held, was another person with whom Lance reconnected.

After not taking his first heart attack seriously, Quentin had another fright that caused him to reconsider his outlook on life and start taking better care of his health. He prepared a catastrophic vegan supper as an apology to Shelby for originally rejecting her concerns and made a commitment to make better decisions in order to be there for his family. Harper was determined to battle to keep his daughter in America until he saw her feeding a homeless person lunch, a deed she definitely picked up from her mother. Then, he approved of Robyn taking Mia to Ghana and put on a brave face as he sent his daughter off. Later that evening, Murch, Quentin, and Lance stopped by his empty house to play poker and bring him some wings.

Jordan, who had prioritized her work over everything else, left her position intending to take a step back and devote more of her time to passion projects. When she finally met Harper, who had suggested going to Brooklyn where she lived, she appeared more happier. Jordan noticed the suggestion and realised she couldn’t be his safe haven. She would be there for him as a friend as he needed time to absorb his divorce. After that, if fate somehow brought them back together, so be it. But for the time being, they would just be pals. Harper accepted the Pulitzer Prize two years later for his most recent work, which is set during the Reconstruction era. With the exception of Robyn, who was in Ghana, his pals showed up to show their support for him. However, things improved significantly between them, and Robyn even managed to surprise Harper by arranging for Mia to attend the reception. And in case you were curious, Lance did in fact pop the question to Jasmine with a massive ring.