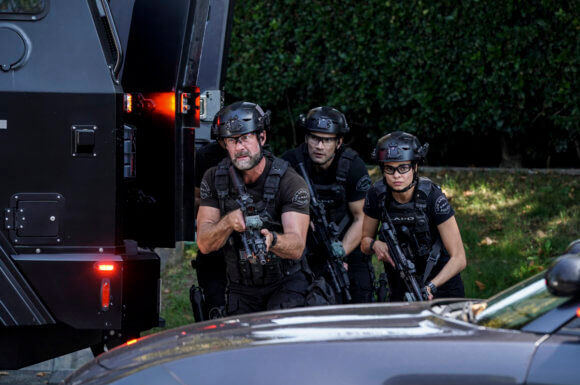 Sergeant Daniel “Hondo” Harrelson (played by Shemar Moore), a former marine and Los Angeles-bred SWAT sergeant, is the commander of a highly-trained, specialized tactical team in Los Angeles. S.W.A.T. is not afraid to tackle difficult subjects; The show has been praised for its ability to deal with culturally sensitive subjects, such as long-standing conflicts between cops and the African-American community.

Fans of S.W.A.T. are undoubtedly wondering if the TV program will return for another season now that the final episode of season 5, Called “Farewell,” has aired.
Do you want to get an idea of when SWAT season 6 will release on CBS after the season 5 finale? (tvacute.com) we’ve got answers for you!

S.W.A.T. will be back on CBS for a sixth season. Shemar Moore, the series lead, disclosed the show’s renewal status on Twitter.

You heard it from @shemarmoore and the whole team: let’s roll #SWAT on season 6! 💥

The best news we have is that starting in the fall, SWAT will be shifted to Friday nights at 8:00 p.m. Eastern, where it arguably fared best.

In addition to Moore, the show’s core ensemble includes Alex Russell, Lina Esco, Kenny Johnson, Jay Harrington, David Lim, and Patrick St. Esprit. All of the cast will return except for Lena Esco. She made her last appearance in the finale of S.W.A.T Season 5.

S.W.A.T. is based on the same-named 1975 television series, which featured the activities of a SWAT team in an undisclosed Californian city. Lt “Hondo” Harrelson, the unit’s commander, was played by Steve Forrest in the 1975 series.