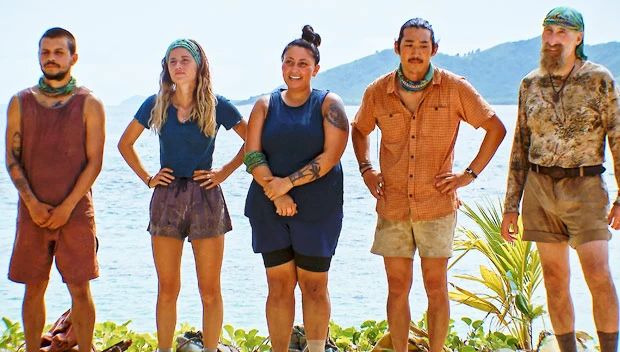 The top 5 contestants Owen Knight, Mike Gabler, Karla Cruz Godoy, Cassidy Clark, and Jesse Lopez advanced to the grand finale of Survivor Season 43 (Survivor 2022), the most-watched reality show on CBS TV. They then joined the Gaia tribe. The top 5 competitors who competed in tonight’s finale tasks to be named the Sole Survivor were selected from these 18 contestants. The last five-round competition was followed by the final four immunity rounds on December 14, 2022. The top three competitors advanced after the decisive match, while the remaining two were eliminated and joined the jury. Who Won Survivor 43 Finale? (tvacute.com) Here is all you need to know about the conclusion of Survivor Season 43 Episode 13, in case you missed any of the exciting moments.

The last episode of Survivor starts at the conclusion of the tribal council when Jesse played Owen’s idol and sent Cody home. In the final push to the finish, the top five were carried to a different beach. On day 24, Gabler believes that if he can reach the final three, he will have a good chance of winning because no one is paying attention to him. Although Owen is surprised that he has advanced to the final five, he is aware that in order to win, he must perform flawlessly.

It's finally here!✨ The finale of #Survivor: 43 starts NOW!🏝 pic.twitter.com/JryFaDw45k

Jesse can’t believe the momentous decision he made, but he also earned a spot in the final four because no one is aware that he has another idol. Cassidy wants to fight until the very end to make her case for the million dollars because she believes she has done everything right. Karla believes she has the heart of a fighter since she is still standing and is not giving up easily. Karla is the first to realise it, and she is overjoyed because her ankle puts her at a disadvantage. After finishing, Owen surpasses Karla. . The Trowse a s a . a Karla follows him as he begins to count the trees; he is searching for it and is only a few inches away when Karla takes it. Owen is enraged.

In the last five immunity challenges, Karla has a tiny advantage. The Immunity Challenge is now underway. Karla admits that she is in a better position. They will guide a boy today through a series of challenges in the water. Then, they will move the puzzle pieces across a hinged balance beam using handles. They will use all of their blocks once they have them to decipher a word puzzle. The victor receives immunity and is untouchable. Either they will succeed in getting there, or they will use fire. The winner will also be treated to cheesecake, wine, potatoes, and vegetables. a boost in protein. Ten of Karla’s puzzle pieces are already on her puzzle table as she begins. Karla receives a quick lead, but she must climb a beam and finds it challenging with her ankle. Karla is in the lead even though everyone is getting the right answer. If Owen succeeds, he will receive immunity and a place in the final four. The person Owen chooses to accompany him to the sanctuary is Cassidy.

In their conversation, Owen is leaning toward Jesse due of his bold approach, but Cassidy wants Karla to leave. They both believe Gabler poses no threat. Gabler, meanwhile, is devastated because he had hoped Owen would accept him. He feels as though his mental stability is crumbling. He hopes he can maintain his composure for a few more days because it is crucial to eat in the last hour. When Karla and Jesse discuss getting rid of Cassidy, they discuss talking to Owen and persuading him to join their cause. Karla genuinely wants to make Jesse a target. Gabler believes his best chance of winning is to eliminate Karla and Jesse and get to the final three with Owen and Cassidy.

It’s time for tribal council, Jesse declares that he has an immunity idol and that he is into the final four, and everyone is in disbelief. According to Cassidy, Karla is attempting to minimize her level of threat. Karla informs her that anyone wishing to make a bold move may do so on the open floor. They move to the side and engage in conversation after Karla gets up and asks Karla if she wants to dance. After speaking with Jesse, Gabler and Cassidy leave Owen alone to sit down. Owen stands up and enlists. According to Gabler, anyone may be responsible because the day has been filled with wonderful plans. voting time.Jesse performs as his immunity hero. Jesse got the first vote, then Karla, Karla, Karla. Karla loses the vote.

The last four compete in their final immunity challenge the next day. Bowls must be maneuvered through a challenging maze and stacked on top of one another with a long fork. When a player reaches 15 stacks, they are immune. Cassidy triumphs, earning her third victory over individual immunity. Cassidy must now decide who she wants to sit next to in the championship game as well as which players she wants to make the final two-fire. She wants to pit Jesse against whoever has the highest chance of beating him in the fire-making task since she recognizes him as the biggest threat. In the meantime, Gabler and Owen both WANT to compete against Jesse in the hopes of defeating him and enhancing their own careers.

Jesse is aware that he must start a fire. He tries to persuade Cassidy to give up immunity and compete against him in the fire-making because he believes he has the best chance of beating her and winning will help her career. However, Cassidy isn’t buying it. She chooses to send Owen to the final three instead of giving him the opportunity to beat Jesse and build his resume. Gabler and Jesse are now competing against one another in the fire-making competition. Gabler defeats Jesse quickly and advances to face Cassidy and Owen in the final three. They get a chance to present their case to the jury and garner votes in exchange for the $1 million prize and the Sole Survivor title. They all engaged in separate games. All the votes went in Cassidy’s favour, and he demonstrated that he posed a real threat. Owen was the epitome of the underdog, surviving despite spending the majority of the post-merge game at the bottom. And during the game, Gabler frequently flipped-flopped, but he did it to advance himself. — soon updated!