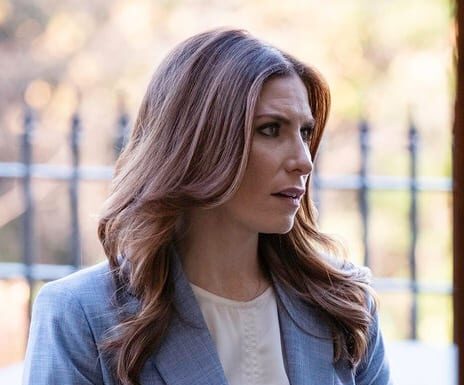 Megan is still living at the Donovan House, but Luke is moving away from the Donovan House. Because he no longer wants to live in the past.  Also in the last episode of SurrealEstate, we got comedy and funny scenes. But in the end, there are scary scenes which are the true hallmark of the show. Fans are eager to know the new episode, to know what is going to happen next. For this, we have to move forward. SurrealEstate Season 1 Episode 5 is titled “Ft. Ghost Child,” you can check out the photos and synopsis at https://www.tvacute.com/. Along with this, you can also read the recap of the SurrealEstate Season 1 Episode 4.

SurrealEstate Episode 5 Synopsis: When a rap star rents a client’s recording studio, a tragic secret is revealed in the playback.

SurrealEstate’s third episode will air Every Friday, August 13th at 10 p.m. ET. on SYFY. The first two episodes in SurrealEstate will also be available on SYFY.com and the SYFY app.  Viewers can connect to their cable subscriptions to view the full content or sign up to an NBCUniversal account to get up to three credits.

Susan visits Duncan. He is angry at the color of the paint. Sophie also joins. A water-logged man with seaweed wanders through the mirror after Susan leaves. Luke (Tim Rozon ) shares the estates with the team. Somerset struggles with problems as sales are falling. Greg Chisholm is the dominant figure on the Somerset estates. Greg did bad to Luke at Balmoral Farms. As August (Maurice Dean Wint) passes one of the houses, lamps in the ‘hood’ fall on some of them. Susan (Sarah Levy) reads their list of complaints. Sophie and Duncan are arguing.

Phil (Adam Korson) says there are 17 homes with issues, all models experiencing problems are Delaware. Megan sends Luke a text asking if he’s really ghosting him, and does he see the irony? In response, he gets an endless three dots and then a smiley face. Susan goes to her house, bumps into a horseman on the way. They enlist the help of Phil and August to see what is really happening to her. Luke tells Zooey (Savannah Basley) to take Susan to the shore as her car is in the shop. Greg wants Luke to present the house as a sweet promotion. Luke visits the original home. and falls a tree in front of him. he finds an open window, Luke gets a warning. Bernie designed the house for her fiancé, and she loved the sunshine. Bernie says that this is his pain in the house and that this is what he will feel. The house is painted. Zooey and Susan investigate the house. and decides to stay there for the night so that they can get to know about the disturbances in the night. Luke fears that Bernie might hurt someone.

August gives Luke a solution to get rid of the spirit. Susan shares telekinetic fire with Zooey. But she doesn’t believe him. Susan brings in soulful companions and Zooey stars on her. Zooey sleeps in her car, Susan is inside. They both listen to the horse, and Zooey sees water dripping onto his head. Susan has experienced it inside, too, and her mouth waters. When Zooey starts the Jeep, it stops. Phil is at home. Zooey finally comes in and falls asleep on the couch. Phil is surprised when it was dark when he woke up in the middle of the night. He was supposed to reach the lighthouse, but by then it was too late. A ship had broken on the rocks, and he could hear the scream. Those friends want to take revenge on the horseman but will take revenge on whoever is now living in the house.

They decide to stay, Zooey’s one light ring isn’t enough. Susan goes to the yard to make a giant ball of fire, sending it into the sky. Luke warns Greg before going to sleep at night. He turns to talk to Bernie, but he’s gone. Susan wants to know what happened at Balmoral Farms, but Luke says nothing. It is only late that Luke meets Megan Donovan (Tennille Read), with Luke no longer wanting to go to his house. Because he no longer wants to live in the past. It is very strange to see him in the same place as his mother.