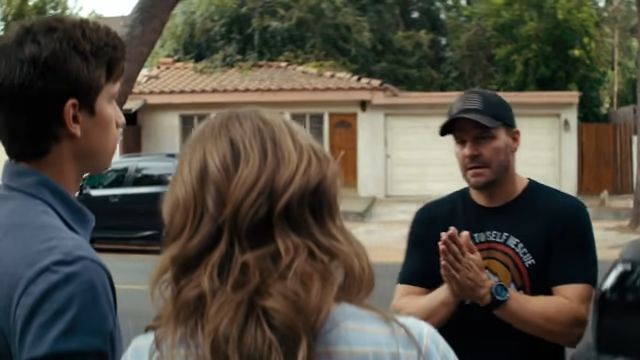 The third episode of SEAL Team Season 5 spent so much time in the past, offering information on the backstories. but the last-minute disclosure that the flashbacks were depicting what they were all doing when the catastrophe. Many of these characters were at pivotal stages in their life, unsure of what to do next. Is this going to be the final time they see each other? Now fans are excited for the upcoming episode after viewing episode 3. (www.tvacute.com) Here’s all you need to know about SEAL Team Season 5 Episode 4 called “Need to Know,” including the promo, images, and release date.

There’s a lot going on in SEAL Team right now, both personally and professionally. bravo team returns to the main storylines. Jason’s main concern is memory loss. Clay has learned he will be a parent, while Sonny juggles being a father and a SEAL. In the meantime, Ray has stayed open with Naima. The crew will be sent out again. This one is in Africa, but we don’t know which country. The mission is sudden, and it will cause family issues. This will be significant after the 20th anniversary and visiting the memorial in New York. The mission’s intel alters. That means the strategy has to change, and they have to thwart a big terrorist strike.

In the first sneak peek from “Need to Know,” Jason’s daughter Emma discusses moving in with her new boyfriend, when he returns home. . This would be a tremendous step forward for her, but not one Jason supports. He may not think she’s ready while she’s still in school, and he doesn’t seem to want to hear her out. Jason may not want to see his daughter grow up yet. It’s difficult for any father, especially one who is used to being the alpha in the field.

SEAL Team Episode 504 Synopsis: As each member of Bravo confronts major family obstacles, the team is called to a sudden mission in Africa; when the intel alters their plan, the team finds themselves in a rush to prevent a major terrorist attack.

SEAL Team Season 5 Episode 4 will release on Sunday, October 31 at (10:30-11:30 PM, ET/10:00-11:00 PM, PT) on CBS. After the change, SEAL Team will remain a Sunday show, with Episode 6 airing on November 7. (Episodes will be available on Paramount+ at 3a/2c.) Previous seasons of the SEAL team are now available to stream if you want to catch up. If you prefer to view the episodes online, you can do so via CBS’ official website, CBS App, or Paramount+. Online viewing options include Direct TV, Pluto TV, Fubo TV, Hulu+Live TV, Xfinity Stream, and YouTube TV. On-demand versions of the episodes are also available on Amazon Prime and iTunes.

The entire team has boarded a cargo plane bound for unknown destinations. Jason Hayes has a box in his possession that contains something. We travel back in time with Jason as he tries to figure out how to make his life worthwhile. He has his child, but he also has other obligations. For him, September 11th is a watershed moment. Davis is working on a project in the past when it is ruined by a tiny girl. Davis inquires about her neighbor’s participation at Pearl Harbor. She shares her results at school, but she also learns about 9/11. Ray is breaking down and being arrested, and his father is making agreements to keep him alive. We find that his father relocated the family, something Ray did not appreciate. His father died on September 11, 2001. Clay, on the other hand, visits his father and is overjoyed at the attention he is receiving. When he discovers more about what transpired, he finds himself in a difficult predicament. He is devastated when his father sends him back to live with his grandparents. Sonny has no ambition and is attempting to find a way forward, but tragedy forces him to reconsider.