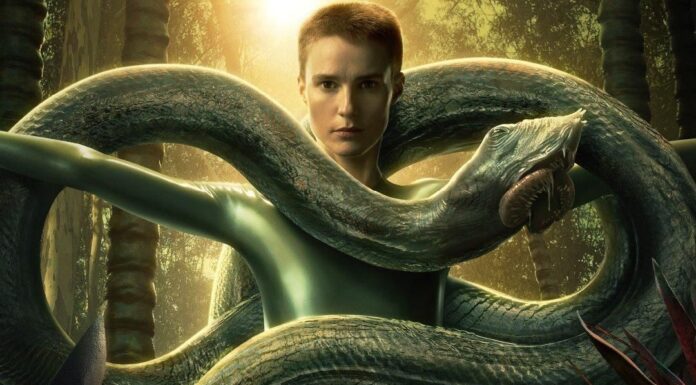 In a shockingly exciting episode, 6 of the sci-fi Raised by Wolves drama, young Tempest (Jordan Loughran) is about to give birth, and her mother (Amanda Collin) meets the mysterious android Father (Abubakar Salim) has been working on. A newly converted Sue (Niamh Algar) wants to free Marcus (Travis Fimmel) so they can open the relic.  Read the recap to know more about the episode. Can’t wait to know what will happen in the upcoming episode 7 of Raised by Wolves Season 2. Since the first six episodes of the drama aired, fans have been anticipating the release of Raised by Wolves episode 7. But when will Raised by Wolves Season 2 new episode air?  So, here’s (tvacute.com) all you need to know about the highly-anticipated series.

“Feeding,” is the title of the new episode. There’s little doubt that the remaining two episodes will be intense. We like to see more Number seven. Perhaps Mother can use a leech to change the tree of knowledge back into Sue, similar to how Sue used a leech to turn a lumpy sack back into Paul. Why does Paul receive more screen time than No. 7 when he’s so bad?

Raised by Wolves Season 2 Episode 7 Synopsis: Two androids are tasked with raising human children on a mysterious virgin planet; as the human colony threatens to be torn apart by religious differences, the androids learn that controlling the beliefs of humans is a treacherous and difficult task.

Where can I watch Raised by Wolves Season 2 Episode 7 online?

Raised by Wolves Season 2 will consist of eight episodes, each lasting 45-55 minutes and broadcast once a week on Thursdays. On February 3, 2022, the first and second episodes, “The Collective” and “Seven,” were broadcast.

Father’s being, which he resurrected from skeleton form with a regular diet of fuel blood, and good intentions. When Campion walks into Father’s chambers to have a look around, the being reaches out and seems to respond to his touch. Knowing the being is ancient, Campion names it Grandmother. She’s a long time older than Mother and Father, but she shares Mother’s composition and dark photon processor, which sets them up for an epic battle down the road. Mother, already irritated and suspicious of Grandmother, whom Father reverently adores while repeatedly treating No. 7 as trash, replaces her everyday eyes with her necro eyes to examine Grandmother more extensively. Grandmother is fascinated with finding out why Father isn’t wearing his veil and talks ancient Mithraic. Father is still stuck in “how cool” mentality, but Mother, as usual, is more realistic and focuses on trying to acquire information from Grandmother about the ancient society, their link to Earth, and how the signal that impregnated Mother with No. 7. Mother and Grandmother appear to share the same core interests, mainly children, just as they have the same compositions.

Grandmother became worked up when she encountered Tempest in a previous episode, flashing a photo of her foetus on her veil after standing in front of her after their first direct interaction. When Father tells her that their colony is getting a new member, she exhibits a similar reaction, minus the veil projection, in this episode. Tempest is prompted to break free from Mother’s little prenatal holding cage.When Tempest’s baby is eventually delivered. A sea creature rises from the ocean, snatches her baby, she screams against her newborn. Tempest is seriously burned as a result of the creature’s acid water. Mother chastises herself and Father for failing to safeguard a new life. She doesn’t wallow in her grief. She discovers that Sue is not who she thought she was. Sue is a tree. Sue and Marcus, together with Paul, set out with the seeds needed to plant the tree of knowledge after Marcus is released from his holding cell. They are initially unable to unlock the gold container in which the seeds are kept, but the container mysteriously opens while singing a Mithraic lullaby to Paul. Sue begins scratching and digging at the dirt as soon as she touches the seed pod, effectively planting herself. When Paul and Marcus wake up in the morning, they witness Sue’s body fully grown into a tree of knowledge. Marcus consumes the tree’s fruit, which looks like goopy brains inside a shell, while Paul cries out for his mother, not realising she’s standing there swinging in the breeze. With Sue gone, Paul will undoubtedly become more deeply and dangerously influenced by Marcus. Marcus, on the other hand, appears to be a little fish in comparison to Grandmother and No. 7, who thrashed and agitated in its cave as Sue, Paul, and Marcus toyed with their seeds.