Queer Eye Season 6 – What can we expect from the next season of Queer Eye? 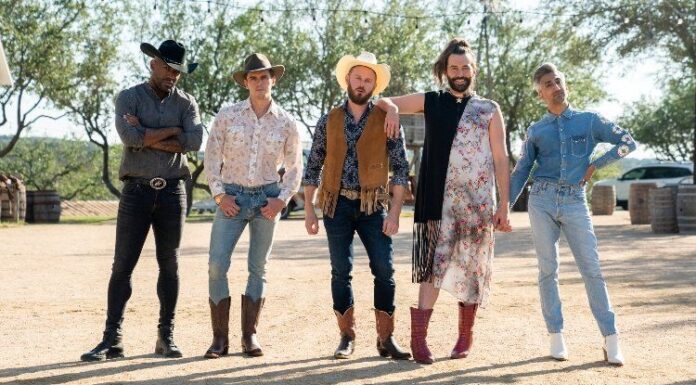 Queer Eye is an American reality television show that premiered on Netflix on February 7, 2018. It’s a reboot of the Bravo sitcom of the same name, with a new “Fab Five“: The award-winning show is noted for its excellent representation of the LGBT community as well as communities of color. Queer Eye for the Straight Guy has aired 47 episodes. The fifth season of the show premiered on June 5, 2020, and it was just renewed for a sixth season. Here’s all you need to know about season six of “Queer Eye.”

Queer Eye for the Straight Guy has returned for a sixth season, giving makeovers and life advice to a fresh group of people. Karamo Brown, Jonathan Van Ness, Antoni Porowski, Tan France, and Bobby Berk make up the Fab Five.

What can we expect from the next season of Queer Eye?

The lads will go to Austin, Texas, in the United States this season. Season six is based on a YouTube special that debuted on July 7. The story follows William Holmes, a man who was overwhelmed by his college loan debt. Holmes learned from the Fab Five that his debt should not prevent him from living a happy life.

According to the new season’s trailer, Van Ness, France, Brown, Berk, and Porowski appear to be resuming up where they left off. Jonathan Van Ness, Tan France, Karamo Brown, Bobby Berk, and Antoni Porowski have returned to assist a fresh group of ten heroes in regaining their confidence.

When will Queer Eye Season 6 be available on Netflix?

There were rumors that Season Six wouldn’t arrive on our screens until 2022, but the show will arrive just in time. The show’s promotional photos incorporate a Texas motif, with all five guys dressed in cowboy attire. Despite the fact that the epidemic had delayed shooting, the Fab Five returned on April 23rd and completed filming in time for a 2021 release. On December 31st, Queer Eye Season Six will be available on Netflix.

How many episodes are in Queer Eye Season 6?

Season Six of Queer Eye will contain ten episodes, which means the Fab Five will makeover the lives of ten people.

Where did Season 6 take place?

The Fab Five went to Texas in search of new heroes. The location was initially revealed through the show’s official Twitter account, according to the season’s teaser.  “Everyone, we’re in Texas!” A few seconds into the video, Van Ness says in his best Southern drawl. To fully embrace the Lone Star State, the Fab Five’s first encounter in the trailer is with Tammy, a two-step dance instructor. Her family operates a honky-tonk. “What is a honky-tonk?” you might wonder. France enquires, amusingly.

However, it appears that the experts will be able to tap into their southern origins quite quickly. During the season, multiple pictures show each member of the Fab Five wearing a cowboy hat and jeans.