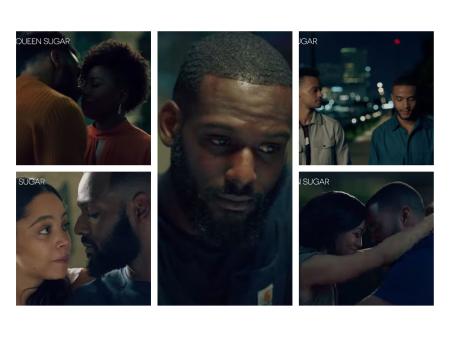 In Queen Sugar Season 6 Episode 10, this is a show that uses its final episodes to wrap things up and start over. Tonight is the start of the huge, emotional season finale! We can’t guarantee that Season 7 will air next year. According to the trailer, there will be a new beginning (hinted). “And You Would Be One Of Them” is the title of the finale. This title piques our interest even more. This could be one of the most heartbreaking tales. Perhaps they have an impact on Nova, Ralph Angel, or someone else. Be ready for some major events.

Queen Sugar Episode 610 Synopsis: How will the Bordelons change the game?

(Season Finale) Queen Sugar Season 6 Episode 10 will release On November 16, 2021. it’s time to watch it at 8/7 central. Filming for the show’s fictional St. Josephine Parish took place in and around New Orleans in 2021. You can view the released episode on OWN’s official website if you missed it. DirecTV, Fubo TV, Philo TV, YouTube TV, and Xfinity all have live streaming alternatives. VOD sites such as Amazon Prime Video, iTunes, Apple TV, Google Play, Vudu, and Spectrum on Demand also have the show available. In addition, if you have a Hulu account, you can watch the newly released episodes.

Violet takes a break before Darla’s baby shower to rest. She’s surprised to learn that Hollywood is still texting Gabriel. Blue is back home. Ralph Angel informs him that he did something desperate, and as a result, they may have to leave the farm for the time being. Charley arranges a baby shower for Darla and Ralph Angel. Dominic is invited, and he gets to meet the family. Darla expresses her gratitude to everyone who has helped her, particularly Charley, Vi, and Hollywood. Billie informs Nova that she is considering relocating to St. Jo’s. Micah tells Nova about his growing sentiments for Isaiah and how perplexed he is by them. Nova advises him to quit trying to control his emotions and instead let them guide him.

That he doesn’t have to put so much weight on himself to find solutions. Darla’s suggestion for a Farm co-op is presented to the group by Ralph Angel. Everyone who received a settlement payout can use it to purchase more lands. Dominic knows more about the bones discovered on the Bordelon farm. They date from the late 1800s and come from a variety of sources. This could have been a mass burial following the 1887 Thibodaux massacre, in which white farmers massacred black farmers who wanted to form a union. Nova believes that this will lead to the area being designated as a historical landmark and the farm being conserved.