Promotional Photos from House of the Dragon Episode 4 show a reunion between Daemon and Rhaenyra. 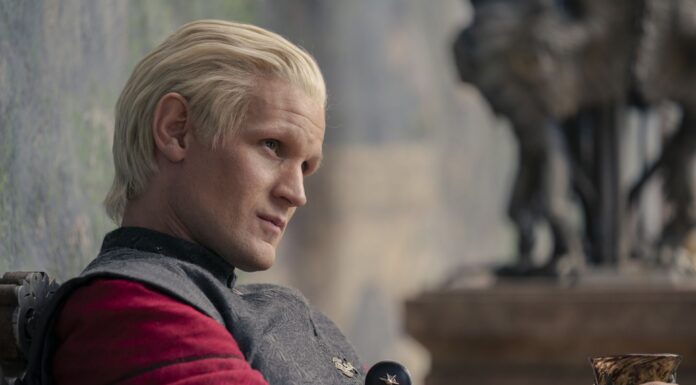 House of the Dragon, which debuted on HBO after much anticipation, exposed viewers to a slew of new people competing for the Iron Throne nearly 200 years before the events of GOT. In House of the Dragon, King Viserys’ future was still up in the air. By the end of House of the Dragon episode 1, Viserys decides to banish Daemon back to Runestone and break tradition by naming Rhaenyra as his heir, and a rivalry developed between the two.

When will House of the Dragon Episode 5 air? How to Watch HOTD Episode 5

The Targaryen Civil War Explained: Who Wins The Dance Of The Dragons?

In episode 2, Prince Daemon and Princess Rhaenyra encounter each other once more, but it is their final meeting for a long time. After several time jumps, it becomes clear that was more than three years ago. Currently, it seems as though HOTD episode 4 will feature a reunion between Prince and Princess at King’s Landing. It seems their relationship will be improving in the forthcoming fourth episode.  The episode 4 teaser hinted that Daemon will become King of the Narrow Sea after winning the Stepstones, and fresh pictures released by HBO show him returning to court with a crown on his head.  Look at the pictures below:

House of the Dragon Episode 4 Photos