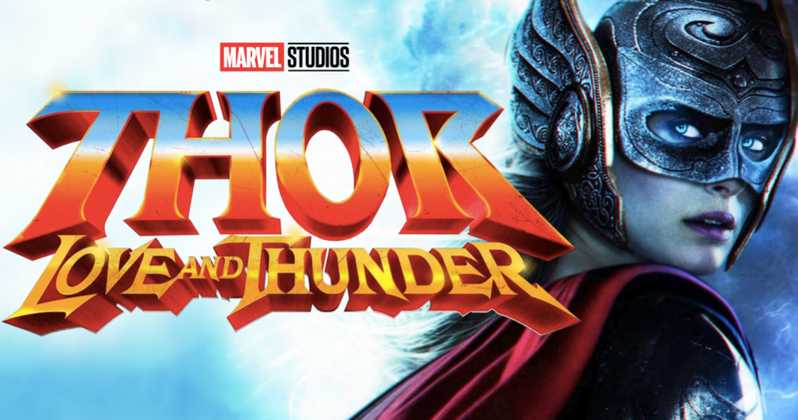 First fun Easter egg for fans: the young hero is actually portrayed by Hemsworth’s real-life 10-year-old daughter, India Rose Hemsworth! At the end of the movie, after the final failure of Gorr the God Butcher (Christian Bale), thanks in large part to the devastating sacrifice of Jane Foster, aka Mighty Thor (a sad on-screen demise in Love and Thunder). Thor joins forces with Gorr’s resurrected daughter, now known as Love. Tristan and Sasha, the actor’s twin boys, also portray a younger version of Thor in a flashback, and the children of Bale and Portman make brief appearances as young residents of New Asgard.

The most unexpected casting revelation, however, occurs in the middle of the movie, when we journey to Olympus and discover Zeus (Russell Crowe) threatening to exact revenge for being wronged earlier in the story.

Thor, Valkyrie (Tessa), Jane, and Korg (Taika) travel to Omnipotence City in one of the film’s sequences, requesting other Gods to form an army to stop the threat of Gorr. However, things take an ugly turn when Zeus refuses to help and threatens to capture the heroes. This results in a fight that ends with Thor blasting Zeus’ thunderbolt through his heart. Thor and the others then take Zeus’ thunderbolt with them to aid them in their battle against Gorr.

The mid-credits scene reveals that Zeus is still alive but severely injured. The scene depicts women tending to his wound while he delivers a monologue about how gods were once feared but are no longer. He goes on a long rant about what it means to be a god, concluding by saying that when ‘Thor Odinson falls,’ people will fear gods again. The camera then pans to reveal that Zeus was actually speaking to his son Hercules. Zeus asks Hercules if he understands, and Hercules confirms.

Another recent trend that Love and Thunder’s post-credits scene continues is the use of the scene as a de facto casting announcement. Love and Thunder do the history by introducing Brett Goldstein as a potential villain or anti-hero in the future of the MCU. And who is Hercules from the MCU? Brett Goldstein emerges in his legendary armor and vows to revenge his father’s vengeance on the God of Thunder.

In between these two is an end-credits scene that reintroduces a familiar MCU character.  A hilarious return of Heimdall (Idris Elba), who is the one to welcome Jane aka Mighty Thor (Natalie Portman) to Valhalla in the afterlife.  Jane Foster, played by Natalie Portman, dies in the battle against Gorr and, like all warriors who die in battle, goes to Valhalla, the Viking equivalent of heaven. And there to greet her is Heimdall.

Now playing in theatres is Thor: Love and Thunder.