Penn Badgley is Directing an Episode of YOU Season 4! 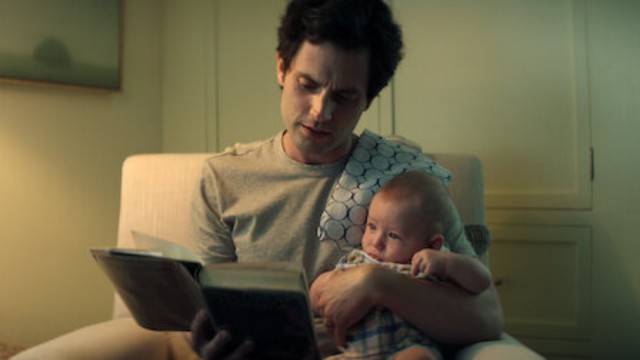 The fourth season of the Netflix thriller YOU has been in production in London since the third season’s finale last year. The next episodes’ Netflix launch date has not yet been revealed, however, production on them began in March 2022. Lukas Gage will play Adam, a “warm, humorous, and hard-partying son of an affluent family who is famed for failing to live up to their standards,” according to a Netflix announcement. Here’s one more reason to be thrilled about YOU season 4 in case you needed it: An episode is being directed by Penn Badgley!

You read that correctly—Joe Goldberg himself, Penn Badgley, is directing the season four episode of ‘You’. Sera Gamble, the show’s creator, corroborated the information by posting a photo of Penn watching a scenario unfold on set while donning headphones.

Sera Gamble, the show’s creator, verified on Twitter that the series’ star is working behind the scenes by sharing a number of images from fellow executive producer Michael Foley. It is unclear what will be in his episode, but given that the Netflix series has been airing for the previous four months, this directing attempt must be quite late in the season.This is unquestionably a fantastic setting for Penn to take on this role. Because he has been a regular on the show for so long, he is familiar with YOU inside and out, and this is an opportunity for him to show off more of his talent.

After the Paris-based season 3 finale, it takes place in London, and it goes without saying that Joe Goldberg to be back on his bulls*t in season four if the on-set images are to be believed. A picture from August 1 shows Penn’s character kissing his new love, played by Charlotte Ritchie. She has chosen to play Kate in March 2022. Deadline claims that the character is “Exceptionally intelligent, independent, wary, and attentive. She is a stone wall to everyone else, but intensely devoted to her pals.” Don’t worry if you’re wondering what happened to Marienne (Tati Gabrielle), as she has also been spotted on set.