Netflix] Is “Devil in Ohio” Based on Real Life Story? 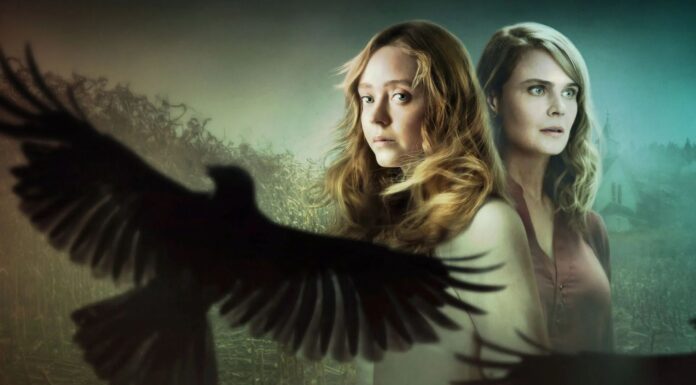 The setting for the upcoming Netflix limited series “Devil in Ohio” is the Buckeye State. Mae (Madeleine Arthur), a young lady fleeing a satanic cult, is hospitalized and placed under the care of a psychiatrist, Suzanne (Emily Deschanel) in the eight-episode series, which premiered on September 2. After Suzanne offers Mae a place to stay in her house in a fictional Ohio town, things take a strange turn. Unsettling difficulties follow, including Mae’s unwanted rivalry with Jules, one of Suzanne’s daughters (Xaria Dotson).  Although the plot sounds very much like it could be based on actual events. Let’s look at (tvacute.com) the sources of inspiration for the streamer’s new eerie series, regardless of whether the plot is based on a true story or not.

Is “Devil in Ohio” Based on Real Life Story?

Devil in Ohio is based on real events it is not a documentary. It is a distinct form of narrative. The series is based on Daria Polatin’s book of the same name. In a recent interview, showrunner and “Devil in Ohio” author Polatin revealed to The Columbus Dispatch that producer Rachel Miller discovered the genuine incident that served as the book’s inspiration first. “This is a true story that occurred in Ohio that my producer Rachel Miller informed me about. I had to tell it, I knew. I made the choice to start reading. The girl is in her mid-teens, so I felt it would be fascinating to relay the narrative to a YA (young adult) readership. I dramatized the story to give myself more creative freedom “Polatin gave the publication an explanation.

The incident on which the book turned series is based was kept a secret during Polatin’s interview with The Columbus Dispatch, although she did go into more detail about how the story was developed. “I wanted to use the fact that the story’s basic elements are real and actual events as a starting point. Although it is based on actual events, it is not a documentary. Simply said, that is a distinct form of narrative. I believed that the best way to deal with this would be to let it loose creatively, fictionalize the specifics, and allow it to take on a life of its own “She said.

Is there anything like “The Devil in Ohio” in real life?

Although the precise incident that served as the basis for “Devil in Ohio” is still unknown, there have been a few well-known crimes and cult-related cases in the Ohio region throughout the years, most notably the Kirkland Farm murders. According to WJW News Station in Cleveland, Jeffrey Lundgren founded a cult based on his readings of scripture and teachings from the Latter-day Saints.

Cult leader Jeffrey Lundgren was active in the 1980s and was based in and around Ohio. He was in charge of the Reorganized Church of Latter-Day Saints initially (RLDS). He established a minor cult with fellow RLDS members after being excommunicated in 1988, relocating the majority of his devoted adherents into his home. However, Lundgren said that the five residents who refused to move in had committed a sin. Dennis Avery and his family were present. Lundgren became even more irate when Dennis made the decision not to give him any of his money, in contrast to the other followers. He began telling his followers that they had to make a family of five their sacrifice in order to enter paradise, and they decided to pick the Averys. The cult murdered and shot every member of the family, and Lundgren received a death sentence in 1990 for his crimes.