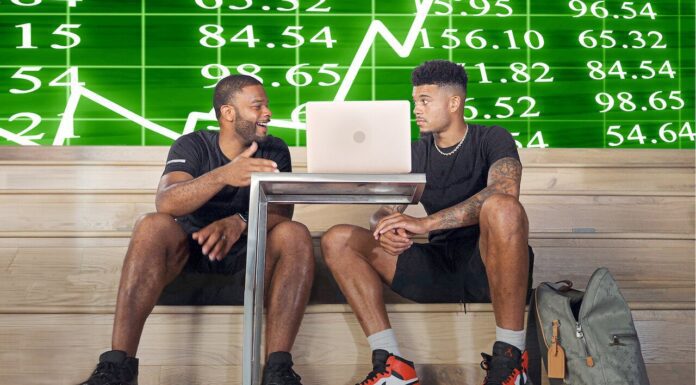 Have you ever fallen down the apparently never-ending rabbit hole of financial advice on YouTube? The Netflix documentary “Get Smart With Money“ will provide some spending advice, as its title suggests. It is, a new Netflix documentary film based in the present-day United States, that will debut in September. It will showcase actual people tackling their monetary problems. (tvacute.com) Here are all the facts about the movie that we need to know before it is released because there is a lot to digest with this title.

“Get Smart With Money” Release Date

On September 6, 2022, Get Smart With Money will be made available on Netflix. The film, which was directed by Stephanie Soechtig, has a 1 hour, 33-minute running time.

[Netflix]  “Get Smart With Money” Trailer

The movie’s trailer portrays it as an issue of great significance, something that we should all see to learn from our own errors. In the Get Smart With Money trailer, real people receive advice from financial professionals on how to manage their spending. The experts will assist them in creating a clear map of their spending, savings, and how to strike a balance between becoming exceedingly thrifty and knowing when and when to spend generously. The upcoming documentary’s trailer is available to view below.

[Netflix] Get Smart With Money Synopsis; Financial advisers share their simple tips on spending less and saving more with people looking to take control of their funds and achieve their goals.

Get Smart With Money Cast – Meet the Coaches

Prepare to meet four extraordinary financial coaches who will transform your life!

Tiffany Aliche, founder of “The Budgetnista,” is America’s favourite financial educator. Get Good with Money, The One Week Budget, and Live Richer Challenge are her books. Happy Birthday Mali More is her children’s book. Tiffany’s company, ‘The Budgetnista,’ has helped millions of women rethink their budgets. Dream Catchers are ladies who join in the ‘Live Richer Movement’ The Dream Catchers have saved $250 million and paid off $200 million in debt since their founding. Tiffany’s ten years as a preschool teacher in Newark, NJ helped shape ‘The Budgetnista’s’ main mission: education. Tiffany collaborated with Assemblywoman Angela V. McKnight to develop Law A1414 in 2019. (The Budgetnista Law). This law made financial education mandatory in New Jersey middle schools.

2. Paula Pant founder of Afford Anything

Paula Pant is a financial journalist and a Knight-Bagehot Fellow for business and economics journalism at Columbia University (2022-23). When She obtained her college degree. She worked as a newspaper reporter in a beautiful town in Colorado. According to the  affordanything  she was required to come to work five days a week and sit chair from 9 a.m. to 5 p.m. She had to “file a request” if she wanted to spend a week in the mountains or at the beach. That irked me. She stated, Why should arbitrary rules govern the hours of MY life? Why couldn’t I control my limited hours on this earth? I wanted escape.””So I saved money. Like a maniac. I landed a few promotions with commensurate pay raises, and tucked this into a savings account.”

A post shared by Paula Pant | Afford Anything (@paulapant)

She made some additional money on the side and immediately deposited $50 here and $100 there into savings. Hundreds gradually became thousands. She submitted resignation in April 2008 and purchased a one-way ticket to Egypt. She had $25,000 on hand in the bank. She traveled around Australia and Asia in a backpack for the following two years. She traveled 27,000 kilometers across Australia, rode camels in Cairo, scuba-diving in Thailand, discovered Indonesian islands, hiked Tasmanian Alps, and more. In 2010, she moved her attention back to the following four areas:

Financial psychology, investing in index funds, stocks, Real estate: first as a means of generating income through rentals, then as a primary residence, Entrepreneurship – After leaving the U.S., she started working as a freelance journalist for newspapers and private businesses. she moved beyond freelancing after a few years and founded two media firms.

Her earliest days as a freelancer led to the first business she founded, Catalyst Content Marketing. She started blogging on her website about the business and financial lessons she learned while building Catalyst. This resulted in the creation of the website you’re currently reading, Afford Anything, as well as a community of 70,000 newsletter subscribers. Currently managed by a small crew, Afford Anything is most known for its podcast. She has been the host of the Afford Anything podcast, a top-rated financial podcast with more than 20 million downloads, for the past six years, utilizing her background in journalism.

Ross Mac is a CEO/Creator of Maconomics. He is a Chicago native with a Wharton School of Business degree who is committed to expanding access to financial awareness and education. In his current role as a media personality for BET, Revolt TV, and The Street, former Wall Street professional Ross, who worked for Morgan Stanley and Grosvenor Capital, leverages his brand to empower people by fusing knowledge and entertainment.

Ross Mac is the founder of the digital series Maconomics, in which he offers straightforward counsel to people who might not have access to more conventional channels for learning this knowledge. From an urban perspective, Maconomics provides his audience with a fundamental understanding of financial freedom. Ross has created business relationships with companies like Morgan Stanley, Bank of America, Target, State Farm, and SoFi as a result. He has also worked on corporate financial development projects for staff members at Google, Facebook, LinkedIn, Salesforce, and many other companies. He recently received the title of McDonald’s 2022 Gamechanger.

The Longmont, the Colorado-based writer Peter Adeney, 48, who is of Canadian descent, believes that most middle-class people can and ought to spend less money and possess fewer material belongings. He is the sibling of Chris Adeney, a Canadian indie rock performer also known as Wax Mannequin.

At the age of 30, he left his position as a software engineer by steadily investing the remainder of his annual pay, largely in stock market index funds, while only using a small portion of it for personal expenses. Pete Adeney’s relatively early retirement at age 30 is the main feature of the blog “Mr. Money Mustache,” which has attracted the interest of numerous media sources. Over the course of their employment, Adeney and his then-wife earned an average of about $67,000 per year, per person, both working as software engineers. They had accumulated around $600,000 in investments when they retired, along with a mortgage-free home worth about $200,000.

About Get Smart With Money

It’s almost absurd how people are supposed to know everything about adulting by the time they graduate from college, particularly when it comes to matters of money. We never get approached to have a genuine discussion about this and are simply assumed to be experts without any assistance. The most recent Netflix lifestyle documentary resolves all the misunderstandings that may have developed in our heads at some point in our lives at this point.

Four financial advisors provide advice on how to spend less and save more in order to help readers take charge of their money and achieve their financial objectives. This project has a feel-good slant as its money-savvy leads convey knowledge about how to earn more, invest better, and save wiser. This is in contrast to plain instruction which is more cut and dry.