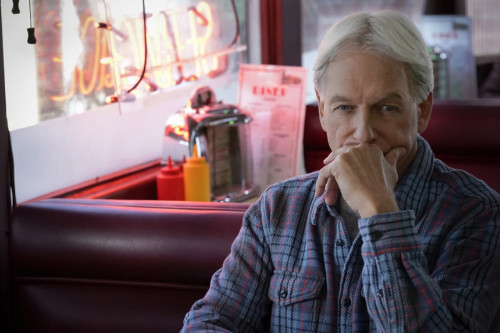 At the end of NCIS Season 19 Episode 2, Gibbs shot Paul. but he is still alive. which lead to a road trip. Paul was anxious for Gibbs (Mark Harmon) to believe they were the same person, and it was at that point that he committed suicide. They both had relatively similar routes in life. Gibbs has murdered individuals as well, but not to the same extent as Paul. Before he died, Lemere gave a clue that led to Alaska. Gibbs had to make yet another trip in order to apprehend a CEO. What will happen next? To know this we have to go further. Here’s (www.tvacute.com) everything you need to know about NCIS Season 19 Episode 4 including the promo and release date.

We’re concerned about the future of Gibbs, for a variety of reasons. So, what could happen in this episode with Gibbs? Meanwhile, we’ve heard a lot of rumors about the serial-killer plotline just spanning the first four episodes. The inquiry that began with Paul Lemere has now lead the NCIS team to an international business called Sonova Industries.  We know Gibbs and McGee are heading to Alaska to unravel the mystery surrounding the Sonova organization, while the rest of the team works from home to find the truth. But our biggest fear is that Gibbs will stay there or make another decision that would keep him away from the team for an extended amount of time. to see this we have to wait, Here’s a promo to whet your appetite!

NCIS  Episode 19.4 Synopsis: Gibbs and McGee head to Alaska while the team works at home to uncover the conspiracy behind the serial killer.

‘NCIS’ Season 19 episode 4 will air on CBS on October 11, 2021, at 9:00-10:00 PM, ET/PT. After airing on Tuesdays the previous season, the show will switch to Monday nights for the nineteenth season premiere. It will be available to watch online on CBS’ official website or Paramount+. You can also watch the upcoming episode on iTunes, Vudu, Google Play, YouTube, FuboTV, Amazon Prime (with a Paramount+ subscription), DirecTV, YouTube TV, Hulu + Live TV, Spectrum, and Xfinity’s VOD and Live-TV platforms.

Alden is furious because Paul Lemere is in the hospital. It wasn’t a kill shot, according to Gibbs. He will be alright, according to the physicians. When Paul wakes up, the two argue with him and label him cocky. He informs FBI Special Agent Parker at the hospital that the body of the first victim has yet to be discovered. When he promises he’ll give them all the information they need on the first victim, who will recount the entire narrative, things take a turn for the worse. Vance is hesitant to give Gibbs permission to go on the assignment. Gibbs and Parker were going on a road trip… On the ride, Paul becomes obnoxious and begins reminiscing about Gibbs’ life. Gibbs leaves Parker and drives away alone with Lemere inside the car when they stop for lunch. Gibbs abducts him and transports him to the crime scene. Paul claims that he and Gibbs are the same person. Paul returns to an exploding platform and commits suicide.

All of the money for the murders has been paid by Sokova Industries. A few people objected to the company’s intention to build a copper mine in Alaska. As a result, the murders are Sonova’s retaliation. Meanwhile, the rest of the NCIS team has been attempting to locate Lemere’s employer, which has led them to the Pentagon and an obscure multinational corporation known as Sonova Industries. Knight goes undercover to learn more about the company. The company’s president is summoned for questioning. She recognizes that the game is up and claims that she is aware of certain parts of the organization but will not reveal everything.