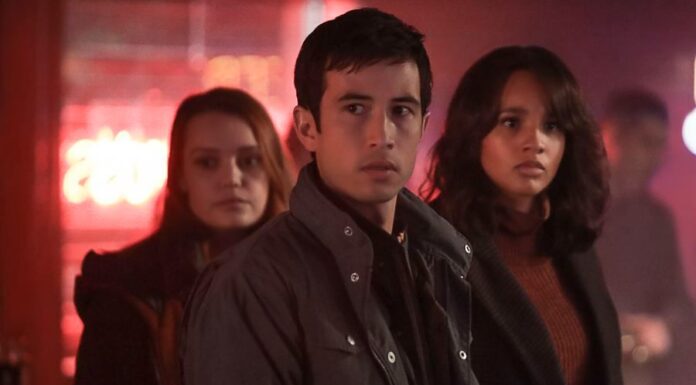 In Motherland: Fort Salem, Since witches are on the run, they are all making things up as they go. With so many well-known people involved, big fights were bound to happen. This isn’t a group that was made to agree on things. there seems to be only one clear leader – Nicte. The founder of The Spree has been on the run for decades, hiding in plain sight. Meanwhile, in the episode, Wade’s feelings will be evaluated by Petra at a gathering. Wade settles in for a conversation with Minerva, the mother of Petra, with whom he has a vendetta. Abigail, who grew up in the Army, has been taught her whole life to hate The Spree. Plus, as the unit leader with her name on it, she is in charge of this small group of fugitives. Even though she has only led a trio of people so far. Are you interested in learning more about Motherland: Fort Salem season 3 episode 3? This last season has a tonne of exciting material still to cover, and what you’re going to witness is truly only the tip of the iceberg. Take a look at the promo, synopsis, and photos with tvacute.com to see what’s to come next.

The title of this episode is “Oh Elayne….” and we focus on magic, rebellion, and tragedy, and many of these themes will be prominent in the days to come. In this episode, President Wade will experience some sort of incident at some point. According to the synopsis, The political stance taken by President Wade places her in jeopardy. The Unit disperses into two groups. as the Cession Marshal closes in. Scylla and Nicte make an effort to distract the Marshal. Meanwhile, Tally, Abigail, and Adil meet someone from the past..Watch the promo below

Motherland Fort Salem Episode 303 Synopsis:  Close With the Cession Marshal on their heels, the Unit splits up. Scylla and Nicte attempt to draw the Marshal away while Tally, Abigail and Adil meet an old ally. President Wade’s political stance puts her in danger.

Motherland Fort Salem Season 3 Episode 3 will release on July 6, 2022, at 10 PM. ET. on Freeform. you can watch it the next day on Hulu. The episodes will continue after one week.

In southern Iran, Camarilla is drilling for mycelium. They insert a substance into a hole that will poison the mycelium. The drilling project is being paid for by Kara Brandt. M claims that Wade’s chief of staff attended the covert Camarilla conference she overheard. She considers President Wade’s allegiances with Anacostia. Khalida trips, but the fugitives rush over a magical barrier into The Cession while the marshals are sidetracked. Izadora gathers samples of rainfall. The fugitives are debating whether to stay hidden in The Cession as mistrust is rising among them. Nicte demonstrates to Tally the cost of years of improper use of magic. Tally learns she has the ability to look days ahead. Wade adds M to his detail. Anacostia advises Petra to use the wanted people to watch a Camarilla chemical plot in The Cession.

In Abigail’s opinion, her intimates have abandoned her.   Scylla receives new directives from Anacostia. According to Scylla, Raelle is drawn into the mycelium by it in order to heal. Wade’s feelings will be evaluated by Petra at a gathering. Wade settles in for a conversation with Minerva, the mother of Petra, with whom he has a vendetta. The fugitives assault while Hirst is at the chemical factory. Hirst’s chopper is felled by Nicte, who also destroys a chemical tanker in the process. Silver is informed by Wade that his anti-witches measure will be vetoed. Tally notes Hirst’s continued life.  The witches take Hirst, the prisoner. Penelope is revived by Izadora who assaults her. The fugitives camp has been located by the marshals. The masked Adil is visible to the head marshall. Hirst slinks away as the suspects go. With her mother Willa standing in the doorway, the sick Raelle awakens in a facsimile of her bed.