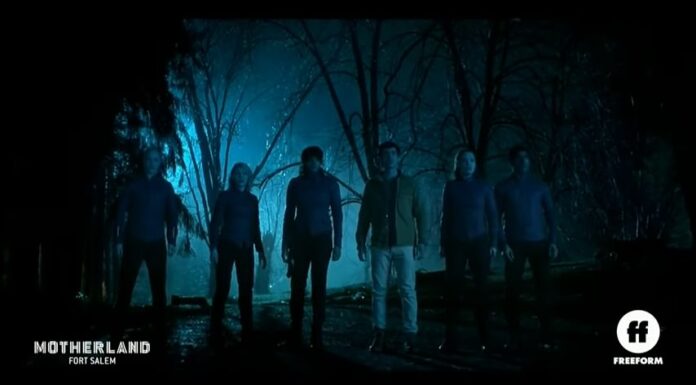 As seen in the previous episode 9 of Motherland Fort Salem Season 2, Abigail, Raleigh, Tally, and Scylla capture the spree leader, Nicte Baton. Nicte says that the Alder killed all those people in Liberia. And the President is looking forward to talking to him. The reason for leaving the office of the Ader is Nicte, all the girls are saddened by his departure. This happens because of Nicte. Raelle (Taylor Hickson) goes on tour to recruit new witches. On the other hand, Abigail persuades Petra to fight Camarilla. At the end of the episode, Anacostia learns that Fort Salem has been infiltrated. Somebody has got a witch plague. And Raelle urges everyone. Has Scylla created her own cell in the session? Who is responsible for bringing the witch plague to Fort Salem? What plot are Anacostia and Abigail plotting against Camarilla?

A lot of questions are left and there is only 1 episode left in this season. which will act as the finale in this season and is going to be very interesting. Motherland: Fort Salem Season 2 Episode 10 titled “Revolution, Part 1”, reveals this story was never-ending, there is much more to come. But before this one should be worried about the big characters. Because Raleigh is in danger for Abigail and Tally. To get to know the new episode 10 more closely, you can see its promo and synopsis with www.tvacute.com.plus read Motherland Episode 209 recap below.

Abigail, Raelle, Tally, and Scylla capture The Spree Leader, Nicte Bataan. The trio celebrates and is proud to have brought the founder of The Spree. Vice President Silver accompanies the President of the United States to Fort Salem to interrogate Nicte (Arlen Aguayo-Stewart ). They go to his cell. But Nicte wants to talk to Tally. Petra comes to pick up Tally. Abigail and Raelle also want to go with Tally, but they are not allowed.

Nicte tells Tally that Spree has killed one civilian for every witch who died in battle. It further states that Alder (Lyne Renée) killed all those people in Liberia. They go to the Elder’s office. and orders him to depose the Elder for his illegal actions. M informs the unit that Alder is stepping down. A lot of girls cry. At Petra’s office, Abigail wants to go to the front to fight Camarilla. Petra also asks to agree to leave. Raelle starts listening to the mycelium. When she goes to the wall, a hand comes out of it. Raelle grabs a hand, and he becomes a human. His mother then appears on the wall. Villa shows him how  Alder’s Song of Sorrow creates mycelium from dead witches. Raelle tells Isadora that she is not going on tour.

Quinn looks for a home for Tiffany. Edwin invites Scylla to stay as long as she wants. Scylla looks to Quinn to use the magic against Camarilla.  Alder tried to kill Nikte, but Tally jumps in front of him using the proxy’s authority. Tally tells everyone the truth about the Elder. Alder apologizes for his past mistakes. Witch plague invades Fort Salem. Raelle tells everyone to leave.