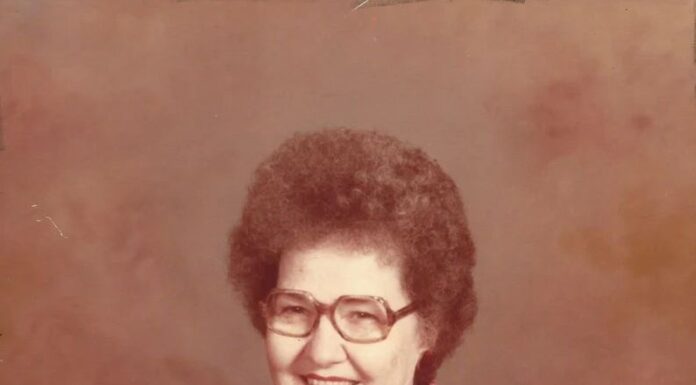 Even people who typically oppose most true-crime TV are likely to be taken in by this strange six-part docuseries about an egregious injustice in the small Nebraskan town of Beatrice (Bee-ATT-riss). The depraved actions and words of people involved in a variety of crimes have left us perplexed and puzzled throughout the recent viewings of numerous true-crime documentary series, but “Mind Over Murder” may be the most shocking of them all.

The true-crime documentary series comes to an emotional close as residents of Beatrice, Nebraska, put on a play based on court and police transcripts, including interrogations of the so-called “Beatrice Six,” who were initially found guilty of killing Helen Wilson but ultimately found innocent. The journalistic play, which aims to be “a place of reconciliation and of healing,” elicits strong reactions from the audience, many of whom are still coming to terms with this injustice and its protracted consequences.

A documentary series “Mind Over Murder” will air on Monday, July 25 at 9 p.m. on HBO  and can be watched on HBO Max.

Filmmaker Nanfu Wang is especially intrigued by the mystery of why five of the six persons falsely imprisoned (later exonerated) for the 1985 murder of 68-year-old Helen Wilson confessed to the crime. Even though she knows she wasn’t there, one of the “Beatrice Six” still seems to think she was. Interrogations that were flawed and used force, as well as the fragile mental health of some of the accused, help explain things that don’t make sense. But the community and the victim’s family won’t be able to deal with the horrible, unbelievable truth until a community theatre puts on a play based on court and legal records. Wang pushed for this.

Interviews, archive footage, and even a play reenacting Helen Wilson’s death all appear in this HBO documentary.

What happened to Helen Wilson?

In 1985, Helen Wilson, a 68-year-old mother, and grandmother who was loved by many was raped and killed in her small apartment in the small town of Beatrice, Nebraska. This is a complicated case from start to finish.

In 1989, Deputy Burt Searcy of the Gage County Sheriff’s Department took over the investigation and seemed to solve the case. Searcy started to round up suspects and get some of them to say what they knew.

At some point, six persons confessed to the murder and were sentenced to more than seventy-seven years in prison for the horrible crime, only to be found not guilty by DNA evidence in 2009 and released from prison. In a civil case ten years later, the county was told to pay $28 million to the wrongfully convicted people. Many people in the town still think those six people were the murderers, and at least one of the people who were wrongly convicted still has doubts about whether they were involved.

it’s a powerful investigation into the murder and the reverberations it still has on Beatrice’s life. Wang talks to investigators and lawyers who worked on the case, talks to Helen Wilson’s grown-up grandchildren, and talks to four of the five members of “The Beatrice Six” who are still alive. She also does something that I’m sure I’ve never seen in a documentary before: she puts on a play about the case in Beatrice, with real people playing the real suspects, police officers, lawyers, etc.

It’s heartbreaking to hear from Helen Wilson’s grandkids about how shocked and saddened they were when their grandmother was brutally murdered in front of them.

To avoid the death penalty, one of the suspects confesses to second-degree murder. ‘I basically told them what they wanted to hear,’ said another. I’m at a loss for words when it comes to this situation. Because someone had a dream about that individual being at the apartment, another suspect has been linked to the crime scene.

A few loose ends remain untied at the end of the six-episode run; not everyone can accept the Beatrice Six’s innocence. Still, at least some of the important people in this long-running nightmare seem to have found some peace, but everyone is still plagued by the events of 1985.