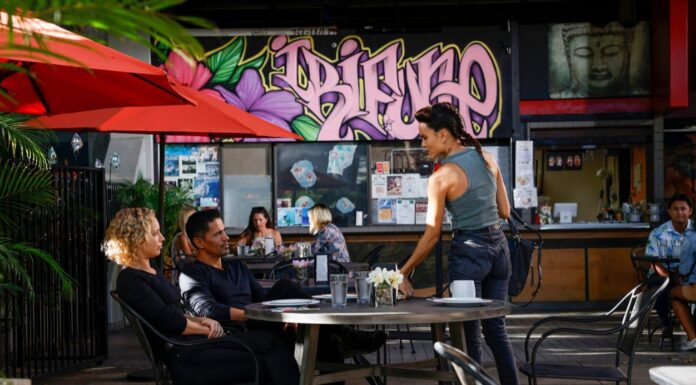 On Magnum P.I. Season 4 Episode 12, T.C.’s lieutenant hired Magnum and Higgins to discover a homeless veteran who had gone missing. the case focused less on the lectures and more on what had occurred to Dart. Unfortunately, Dart’s situation deteriorated, as it does for far too many PTSD veterans. Shammy was finally given another opportunity to shine, but it came with terrible consequences.

keep continuing reading it in the recap section. Now fans are looking forward to the next new episode. Magnum P.I. Season 4 Episode 13 has a promo for the release date as well as a spoiler at www.tvacute.com.

Moon Bloodgood will make an appearance in this episode, and you will witness Magnum and Higgins do all in their power to assist her. According to the photo above, does this imply that they will be placed behind bars? Probably. For the time being, it appears to be something that cannot be fully ruled out! we are quite interested to see how it plays out. “Judge Me Not” is the title of new episodes. Magnum and Higgins are hired to assist Hawaii Supreme Court nominee Judge Rachel Park (Moon Bloodgood) after she is blackmailed.

Magnum PI Season 413 Synopsis:  When Hawaii Supreme Court nominee Judge Rachel Park (Moon Bloodgood) is being blackmailed, she hires Magnum and Higgins who go to extraordinary lengths to help her out. Also, with the pressure of fatherhood looming, Rick suggests changes to make La Mariana more profitable, but TC and Kumo aren’t swayed.

Shammy urges Magnum and Higgins to look for his missing companion, a homeless veteran known as Dart. Cade should return to school, according to T.C. Cade prefers to acquire his G.E.D. and keep working full-time. He refuses to return. Magnum hasn’t seen Lia since she started working again. Dart’s tent is visited by Thomas and Juliet, however, there is a tent sitter inside, Cam. Cam informs them that a man in a Jaguar attempted to kidnap Dart the week before. T.C. is told by Katsumoto that he has 48 hours to get Cade back into the foster system. Magnum discovers a wedding band that leads him to Dart’s wife, Lucy.

Martin, her boyfriend, drives a gold Jaguar. Karl, aka Dart, suffers from PTSD, according to Lucy. Dart was given a prepaid debit card by Martin. Dart was dead when another man took the card from him. Dart was involved in a hit-and-run accident. Shammy recognizes his own physique. Lia was assigned to his case. Juliet abandons Thomas in the care of Lia. They’re in an interrogation room talking. She expresses her regret for lying to him about her family. Cade refuses to return to foster care, where he was beaten by his alcoholic foster father. Karl’s death certificate was sought by an unknown woman who came to HPD.

Rick advises that T.C. take on the role of Cade’s foster father. Dart was covered by a $3 million life insurance policy. Higgins and Magnum discover the policy’s issuer dead, ostensibly by suicide. Jill Picone, who works at the homeless encampment, has a fingerprint on a bullet from the revolver that Lia matches. She and the insurance agent have been con artists for years. Cade is apprehended by T.C. at a skate park. Cade accepts T.C.’s offer to be his foster father. Robin’s Nest is signed back to Juliet. Suzy’s ultrasound is displayed by Rick. Lia and Thomas have decided to take a break from their work.