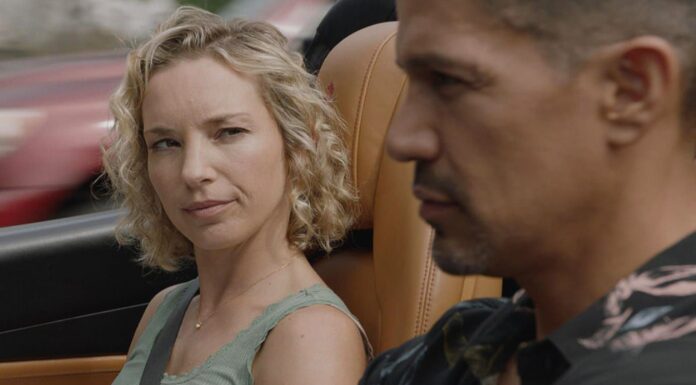 In previous episode 11 of reboot Magnum P.I. Season 4, A new business for Jin He walked dogs. Higgins and Magnum were later summoned away for a strange case, The Catholic Church. but at last, we got the big news from Suzy. she’s pregnant. And now Rick is a father.  keep continuing reading it in the recap section. Now fans are looking forward to the next new episode. Magnum P.I. Season 4 Episode 12 has a promo for the release date as well as a spoiler at www.tvacute.com.

First and foremost, Magnum PI season 4 episode 12 will air on CBS next week. Angels Sometimes Kill,” is the official title of the new episode 12 of Magnum PI’s current season 4. There are a couple of episodes this season that deal with veteran-related topics, and this one could be about a homeless veteran.

Let’s get this spoiler session started with the Shammy problem. It comes out that Shammy’s companion is going to turn up missing in this episode. So, Shammy will contact Magnum and Higgins and request that they conduct a search for his missing friend, who happens to be a homeless veteran. And all indications are that it will be an emotional episode.

Theodore “TC” Calvin will be doing a lot with Cade in this episode. Cade does not appear to want to return to school. So T.C. will try to persuade Cade to change his mind, but T.C. will immediately discover that Cade will be difficult to persuade. T.C’s side plot will be vital in learning more about Cade, who has clearly become a big character this season. We’ll have to watch how things pan out for Cade at the end. Here is the Magnum PI season 4 episode 12 synopsis, along with Promo:

Magnum PI Season 412 Synopsis:  Shammy (Christopher Thornton) asks Magnum and Higgins to locate his missing friend, a homeless veteran. Also, T.C. tries to get Cade to return to school, but quickly learns it’s not that simple.

A new business for Jin He walked dogs. He wanted to propose his new firm to his pals as investors. But Higgins wouldn’t invest. She only needed his services. Higgins and Magnum were later summoned away for a strange case. The Catholic Church called. A particular church. In order to help an adolescent with a rare condition who had no insurance, a nun called them. That was her only option. The church knew the family and volunteered to help raise funds, which they did just that morning. And not as they expected. Someone gave the church a cash bag. It was $100,000. The worrying element was that one of the money piles had blood on it. The nun feels the funds are illegitimate. She wanted the money returned to its rightful owner and checked on. The private detectives took the case. They later interrogated Jin, their resident crook, about the cash. He stated he knew Taz cleaned it.

Jin poisoned the dogs while Higgins and Magnum were out walking the pets. Were they poisoned by him? He believed providing them with energy bars would help. It wasn’t until they were weary and he was on the phone with Kumu that he realized giving the dogs chocolate was poisonous. It rots them. So Jin rushed the hounds. The dogs had to be coaxed. They tossed up the chocolate and were fine. It was close. It made Jin think twice about dog walking. So did his lone client. So he might want to take a break from it. They verified with the money launderer. They discovered that an unidentified client utilizes a courier to deliver funds that were supposed to arrive last night but never did. Higgins and Magnum found the lost courier. He died afterward. Someone drove him off the road, murdered him, and stole his money. The cash was later given to the church. They realized Sierra would lose her motor capabilities if she didn’t acquire the money she needed for treatment. Magnum and Higgins returned to the church. They talked to her. After seeing Sierra and her father, they asked the nun if she recognized anyone from their list of suspects. She recognized Leon. Leon’s life changed after he got out. And he would have known about Sierra’s surgery.

Magnum and Higgins visited Leon. They discovered him shot to death. He told them everything. He was one of three who planned to rob the courier, but his “friends” killed the driver. Leon wasn’t hired to kill. He became lost and the other two tried to rescue him. He replied. He took the money and donated it to the church. The two called for an ambulance for Leon. They looked for Red and Izzy. They found them at a vet’s. The door was shut. They knew Izzy had a gunshot wound and suspected she and her lover had kidnapped the vet to get fixed up. They knew Jin and the dogs were inside when Higgins recognized her car in the parking lot. They rang their detective pal. They gave him a live hostage. SWAT was called. Red and Izzy were later identified by the detective. He said the cops were outside. He demanded the hostages’ safe release. Red wanted money. He demanded $500,000 in cash.

Mr. Shuma’s people also called, demanding to know where the money is. They realized Red and Izzy robbed the courier. Red and Izzy blamed each other. They said Leon was alone. So they sought and failed to retrieve the funds. Mr. Shuma’s men then searched for Leon. They couldn’t find him, but they found Sierra’s flyers. The Shuma clan then went to church. Magnum arrived with the cops and arrested the nun. He snuck his phone to Jin. Jin briefed them about Red’s talk with Mr. Shuma’s people. He snuck the phone into Red’s pocket, which helped the cops find him. And Red and Izzy. They got the hostages out. Higgins also complimented Jin for caring for the dogs, which made him want to stay in the game. Jin presented his pitch at the bar’s talent event to seek investors to join on to his dog walking business after Magnum lied to the nun to get her to give the money to Sierra. But that was minor. The big news is Rick heard from Suzy, and she’s pregnant. And now he’s a father.