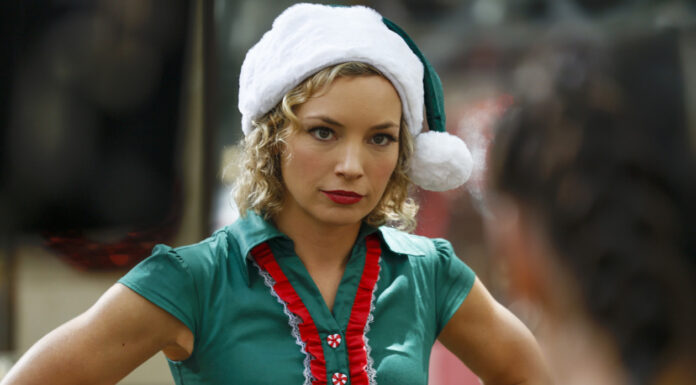 in the previous episode of Magnum P.I. Season 4, After the automobile explosion, paramedics examine Rick. Rick confronts FBI Agent Ray Sloane when he arrives to take over the crime scene. Magnum and T.C. persuade Rick to take an ambulance to the hospital. Sean Cavendish, a disgraced Mi-5 agent, meets up with Higgins. Juliet interrogates him about the missing Mi-6 data and offers to swap her services in exchange for the data.  keep the continue reading it in the recap section. Now fans are looking forward to the next new episode. Do you want to understand more about Magnum PI season 4 episode 9 after watching the previous episode? In the future, we’re looking forward to delving into a few interesting stories. Magnum P.I. Season 4 Episode 9 has a promo for the release date as well as a spoiler at www.tvacute.com.

Magnum PI season 4 episode 9 will feature a slew of important events! To begin, this is the final episode of the year. Additionally, it will be set around Christmas, lending it an even more timeless vibe. This hour’s title is “Better Watch Out,” which is obviously a reference to the iconic song “Santa Claus is Coming to Town.” It’s also an apt title for a show of this nature, as it implies a great deal of danger lurking around every corner. A ransomware attack will be the main focus of the episode. In this episode, the Honolulu Police Department will have a bad Christmas Eve, as it will be hit by a violent ransomware attack on the day before Christmas. this attack appears to be connected to Lia. Bear in mind that this character is rumored to have a deeper backstory. Check out Magnum P.I. Season 4 Episode 9 Sneak Peek Below

After the automobile explosion, paramedics examine Rick. Rick confronts FBI Agent Ray Sloane when he arrives to take over the crime scene. Magnum and T.C. persuade Rick to take an ambulance to the hospital. Sean Cavendish, a disgraced Mi-5 agent, meets up with Higgins. Juliet interrogates him about the missing Mi-6 data and offers to swap her services in exchange for the data. Sloane is summoned by Katsumoto for an FBI disciplinary hearing. Rick is then coerced into entering police custody. Magnum sets out to find Higgins. Cavendish is seen dropping her off. She finds all of Thomas’s messages regarding Rick and drives away, only to be stopped by Magnum. He confronts her on her recent actions. Magnum has a good idea of what she’s been up to. Juliet explains her position before declining his offer of assistance. Rick slams the door in the face of Katsumoto. Cavendish delegated Eve’s interrogation to Higgins.

T.C. and Katsumoto are frightened that sharpshooter Rick would go after the guys he believes are responsible for Robbie’s death. As the Mi-6 mole, Eve points to Sean’s helper, Oliver. After realizing Higgins is Eve’s asset through Eve’s phone, Sean shoots her. Sean is still interested in hiring her. Cavendish’s office is infiltrated by Magnum. Cavendish describes how he was apprehended and tortured by Mi-6 after being disavowed and tortured. Magnum diverts Cavendish’s attention with a bogus phone call, and Juliet defeats Oliver. They meet up, then turn around to destroy the stolen information. Cavendish captures them after they find the hard drive has been removed. Magnum uses his backup rifle to put out the lights. While Juliet fights Cavendish, Magnum fights his thugs. Following that, Thomas informs Katsumoto about Rick. The CIA interrogates Higgins. Rick is spotted by T.C. from his sniper post. T.C. is able to calm him down. Juliet and Rick talk about what it’s like to have nosy, well-intentioned pals.