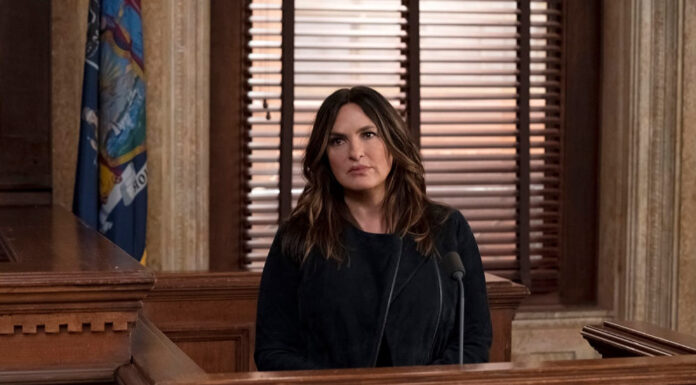 Mariska Hargitay, a star of the newest season of Law and Order: SVU, pleasantly surprised fans by revealing some interesting details about an upcoming episode. Earlier this week, she posted a photo from the set with the caption: “MARISKA HARGITAY. DIRECTOR, 24015″ to Instagram. The post’s caption read: “back to work! Let’s do this in 2023! “a clapperboard emoji is added. The long-running crime drama Olivia Benson is portrayed by the actress, who will also be in charge of directing episode 15 of season 24.

Mariska, who has directed several episodes in the past, made her return to the director’s chair to the delight of many fans. In the comments, one user stated: “Yayyyy, I can’t wait for this episode,” another person said. A third supporter said: “The (2)4015 is exciting Bensons detective badge number! Cannot wait!”  another person added, “YALL THIS EPISODE WILL BE FIRE!!!”

She shared a selfie with crew members while filming was taking place in New York City on Tuesday. “#bts of scout team #nyc #svu episode15 #ittakesavillage #director #letsdothis #CecilBHargitay,” she said in the caption.

Fans like Mariska, who has played Olivia in the program since 1999, and while she doesn’t appear to be slowing down, she has revealed that she has a perfect conclusion in mind for her character.
The actress was asked if she had come to a conclusion, during an interview with E! News in 2018, and she said, “I have!” but declined to elaborate. She just replied, “Not yet,” but she did say that the producer of the show, Dick Wolf, was aware of her plans.

Law and Order SVU Season 24 Episode 15 will air in February.