Get ready for Tonight! Time is Running Out! La Brea Episode 6 “The Way Home” 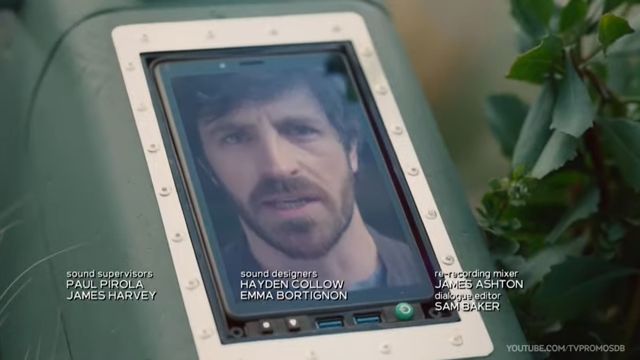 One of the most heartbreaking episodes of the season was La Brea Episode 5. It linked survivors from several sinkholes and explained why a rescue attempt was necessary. When Eve and Levi discovered something that rocked them to their core, things took a catastrophic turn. Meanwhile, despite government warnings that they could create unprecedented calamity, Gavin and Izzy embarked on an unauthorized mission to assist in the rescue of their family. The curiosity of what will happen next has aroused viewers’ interest. From www.tvacute.com, you may find a synopsis, photo, and promo for La Brea episode 6 titled “The Way Home,” which will help you better comprehend the show. In addition, check out the episode 5 recap below.

La Brea season 1 episode 6 going to change everything. some of these individuals will be put to the test as they strive to return back to where they belong. Gavin’s dire warning that their scheme will fail pushes Eve to make an unthinkable choice. The difficult aspect for Eve is that whatever she decides, people may resent her.

La Brea Episode 6 Synopsis: With time running out before their window home closes, the survivors of the sinkhole hatch a final escape attempt. That plan, however, is put into question when they receive a stark warning from Gavin that their plan will end in disaster and forces Eve to make an impossible choice.

Eve, Levi, and the others make their way into the enigmatic fort. Scott believes they are the Tombo, a peaceful people who reside here. When Levi’s plane picked up a signal from there, they split into two parties to search. Sam tells the others that they looked for the old man with the handprint in the woods but couldn’t find him. People begin to fight. Ty has a suspicion Lilly knows more, and he claims he utilized play therapy to create trust at home. Since he found some softball equipment, Sam recommends a game of softball. Josh and Riley come across a shack that has food. Josh goes below, which brings them back to the surface. Levi and Eve’s relationship is strained. She’s enraged. Gavin is aware of their existence. Eve is startled when she notices the red handprint. When they enter the shack, they find Eddie buried with a stone handprint all around him. Levi is aware of him. Eddie was a member of the Mohave desert squad tasked with rescuing individuals trapped in the sinkhole. His walkie-talkie provided the radar.

Eve observes a fire nearby and thinks they aren’t alone. Gavin’s departure tonight is being pushed by Rebecca. Izzy is frightened. Sophia’s fiance Diana is also down there with her. Lucas has discovered a stash of arrow spears and wishes to take a few for protection. While he and Scott are arguing about the drugs, someone grabs Lucas and attacks him. Then they attack them with an arrow spear. Ty invites Lilly to play baseball, and Veronica tells him more about their father. Lilly tells Ty afterward that her father coached her softball team and practiced with her. She isn’t Veronica’s sibling. They had her kidnapped. To untangle themselves, Lucas and Scott use lighters. Lucas is confronted by Scott. Gavin is inquisitive as to why they have to depart tonight. Rebecca shows him a letter from Eve that says the light is going out.