Is Geralt of Rivia, a part of Blood Origin? 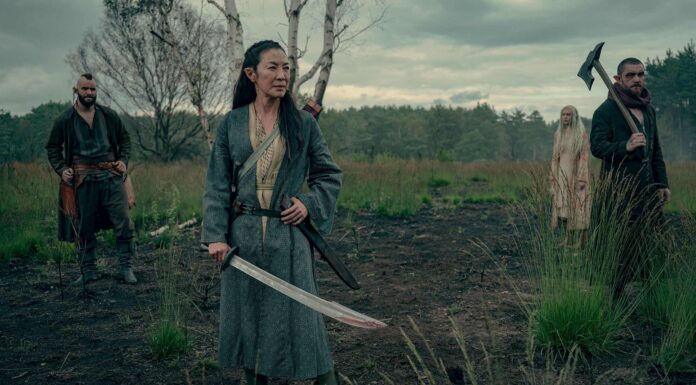 Prequels have dominated the television landscape this year. Yellowstone” included “1923” this month as a sequel to “1883” from the previous year. The film “Andor” is a prequel to “Rogue One,” which was a prequel to other “Star Wars” movies. Now the Netflix miniseries “The Witcher: Blood Origin” is on the way. For devoted readers of Andrzej Sapkowski’s novel series and the multimedia franchise that has evolved from it, there is plenty of fresh information and treats. There are a few notable differences from the world they are familiar with that The Witcher fans will notice. Is Geralt of Rivia, played by Henry Cavill, a part of Blood Origin?  Here www.tvacute.com share with you everything we know about The Witcher: Blood Origin.

Is Geralt, played by Henry Cavill, a part of Blood Origin?

In The Witcher Season 4, Will Henry Cavill play Geralt?

The third season of The Witcher will be Henry Cavill‘s final performance as Geralt. Unfortunately, admirers of Cavill’s portrayal of Geralt will soon have to say goodbye. The role of Geralt in The Witcher season 4 has been recast with Liam Hemsworth, a former cast member of The Hunger Games. Therefore, the next third season of The Witcher will mark Cavill’s final appearance as the show’s title character. And no, Cavill’s participation in the series won’t change if he hangs up his Superman cape.

Blood Origin aims to provide fans with more information about the origin of the first witcher. Blood Origin is set roughly 1,200 years before the story of Geralt and Ciri.

In the Witcher: Blood Origin, A new trailer has been released. The two-minute-long clip elaborates on the teaser that the business published earlier this month. The most recent teaser for Blood Origin from Netflix provides co-stars Sophia Brown and Laurence O’Fuarain a chance to shine after Michelle Yeoh’s character Scian received the majority of attention in earlier promotional materials. You won’t be too surprised to learn that every one of them is a badass in their own right.

If you want to see Jaskier (Joey Batey), make sure to watch the entire clip. It appears like Minnie Driver and everyone’s favorite bard will collaborate to document Scian’s merry troop of elves’ exploits. Driver stated that her character would be crucial “in integrating Blood Origin’s past with The Witcher’s future” when she first revealed she would be a part of The Witcher franchise back in September.

On Christmas Day (December 25, 2022), Netflix will release a brand-new series set in the world of The Witcher: Blood Origin.