Is Coach Carter a Real Story? 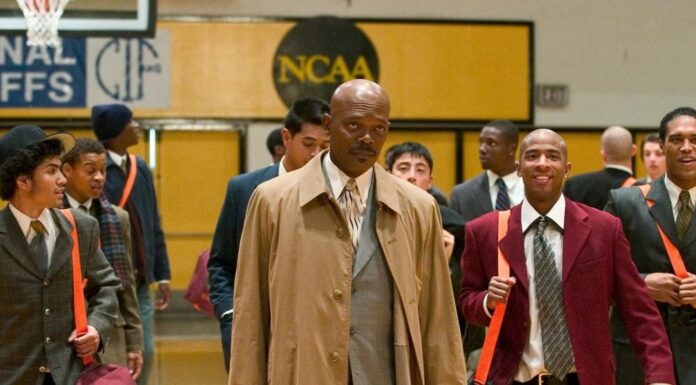 Coach Ken Carter is the man who was the inspiration for the 2005 film Coach Carter. The movie directed by Thomas Carter is a biographical sports film that covers Ken Carter’s teaching career. The sports film, which starred Samuel L. Jackson in the titular role of Ken Carter earned a lot of positive feedback when it first came out. Ken was a member of the Richmond High School basketball team when he was a teenager. He is now the coach of the same squad thirty years later, but his job is not simple. The team he’s been assigned is made up of loud, disrespectful, and unruly youngsters. Coach Carter, co-stars Channing Tatum, Rob Brown, and Rick Gonzalez as members of the high school basketball team that Carter leads.  Coach Carter Movie is available on Netflix. The audience is left wondering how much of it is based on reality. Continue reading to learn more about its real-life inspirations.

Is Coach Carter a real story?

Ken Carter, a former high school basketball player from Richmond, California, returns to coach his old high school team in Coach Carter, starring Samuel L. Jackson. Coach Carter requires his team members, including his own son, Damien, to sign contracts mandating them to keep a specific grade point average, sit at the front of the class, and generally change their rowdy conduct when he first comes. Carter sets high expectations for his team, both academically and on the court, and their dedication pays off, as they go unbeaten this season.

When Carter discovers that numerous team members have broken their academic contracts and have not kept their word, he effectively shuts down the basketball program, shutting the school gym and forcing his kids to study until their grades and behavior improve, forfeiting games to make his point. After an outcry from the public, the school board voted to revive the program, despite Carter’s desires. Carter, a man of principle, offers to retire as a result, but his kids refuse to play until he stays on as their coach, and Carter and the team go on to participate in the state quarterfinals once their grades improve. They lose, but the lesson is that academics are valuable as well!

The true account of these events isn’t that distant from the truth, and the events that occurred during the team’s 1998-99 season were a national news story. Coach Carter did really lock the high school gym and refuse to allow his players to participate until their grades improved, in an attempt to teach the importance of their academic achievements. Carter went on to develop the Coach Carter Impact Academy and became a motivational speaker as a result of his team’s success and national recognition. Damien Carter is the only student on the squad who is based on a real person; the rest of the pupils are made up. However, Wayne Oliver, a former pupil of Carter’s who played for him during the 1998-99 season, went on to play basketball internationally and is now a motivational speaker for Carter.