[Season Finale] Invasion Episode 10 “First Day” Clip – Will the planet be able to cope with the global disaster? 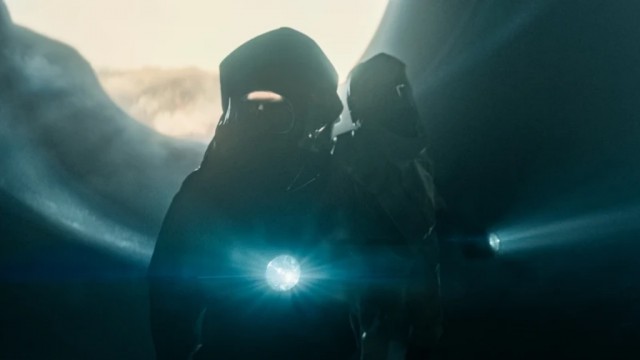 In the  Previous episode of  Invasion,  After being attacked by other civilians, Aneesha and her family had to flee. Meanwhile, Mitsuki made contact with Hinata in space for the first time. Trevante and Jamila, on the other hand, were attempting to induce a seizure in Caspar so that he might find out what the aliens were after.  keep the continue reading it in the recap section.  After the witness of the previous episode which was both thrilling and frightening. Now fans are looking forward to the next new episode. Only one episode is left. Do you want to understand more about Invasion Episode 10?  “First Day” is the final episode. Will our heroes work together to rescue the day as aliens launch an attack? Or will the Earth be obliterated?  At www.tvacute.com, you can find a summary of the Finale episode of Invasion which will help you better understand the episode. From early sketches and concepts to the terrifying end result, the crew behind Invasion explains how they created the show’s iconic aliens.

Polygon gives us a taste of Invasion’s mode and scope. Pre-alien Navy SEAL Trevante (Shamier Anderson) talks with a fed who wants to know what Trevante knows. In episode 9, Trevante helps a youngster with epilepsy, which gives him a telepathic connection with the aliens. In the H.G. Wells fiction, extraterrestrial invaders spread an organic substance to conquer Earth. So as all hell breaks loose, this clip clearly shows what an actor like Anderson can offer to this material.

When will Invasion Episode 10 Be Released?

Episode 10 of ‘Invasion’ will air on Apple TV+ on December 10, 2021, at 12 a.m. ET. On October 22, 2021, the first three episodes of season 1 were broadcast concurrently. The series will feature ten episodes in total and the remaining three are set to be released weekly, every Friday.

Invasion Finale Episode 10 is available exclusively on Apple TV+. With the 7-day free trial, they may watch ‘Invasion’ or any other Apple TV+ series on the site.

Apple has renewed “Invasion” for a second season. The announcement comes ahead of the Season 1 conclusion of the science fiction thriller.

#Invasion has been renewed for Season 2. Catch the epic Season 1 finale this Friday. pic.twitter.com/9HPIp4Bot1

The previous episode opens with flashbacks, Mitsuki’s past when Hinata visited her for the first time. Mitsuki and Hinata become closer, They start kissing as Hinata keeps mentioning space. Then we flashed forward to the present when Hinata was drifting in space as she awoke. Mitsuki made contact with her when she managed to get on the plane. Trev takes Casper to the hospital. A neurologist is threatened by Trev, Casper, and Jamila because they want to converse with the aliens. Casper is hooked up to an MRI machine and has a seizure wearing a headset. Casper sees bursts of varied sights that appear to form a pattern, allowing him to perceive what the aliens see. Casper jumps up when he sees Jamila and understands the aliens have arrived. Then a rogue extraterrestrial enters the hospital.

The trio band together to flee. Aliens seem to know where Casper is and start hunting him. Trev locks him in a cupboard and gets a gas canister. Twisting the seal, he manages to burn the beast. The flames are also very strong, despite the sprinkler system flooding the hallway. Meanwhile, the alien specimen is tested using Luke’s metal shard. The scientist uses hydrochloride and watches as the entire creature disintegrates with Aneesa close by. It’s unclear how this works, but the Malik family will visit the Pentagon. Several rogue bandit means of transport appear and fire on them, toppling the vehicle. Thankfully, the family is unharmed and they flee into the woods. But now the bandits have guns. Ahmed decides to stall, letting the others go. Ahmed gets shot, but we don’t see him die, thus it could be a fake-out. Aneesha, meanwhile, tumbles down a slope into a sea of black ooze. She navigates with the youngsters using the metal shard.

Mitsuki, after swimming back onboard her ship, is asked to “help us.” But who is “us” referring to? The aliens seem to use synthesized speech, and Hinata appears to be under their influence. They must act quickly, as a US general intends to launch a bomb into space. Mitsuki, wondering if this is Hinata, decides to talk directly. “What did you say when you first arrived?” Asks. In return, David Bowie blares. It’s a brief piece that catches Mitsuki off guard before vanishing. Casper telepathically communicates with the aliens, demanding they stop. They instantly accede to his requirements and freeze. Luke appears to be the key now, and he may stop the invasion. But he passes out as Trev drives him home. In the end, As the nuclear explodes, our protagonists all glance up in a blinding brightness. The missile’s bright flashes hit the shuttle.