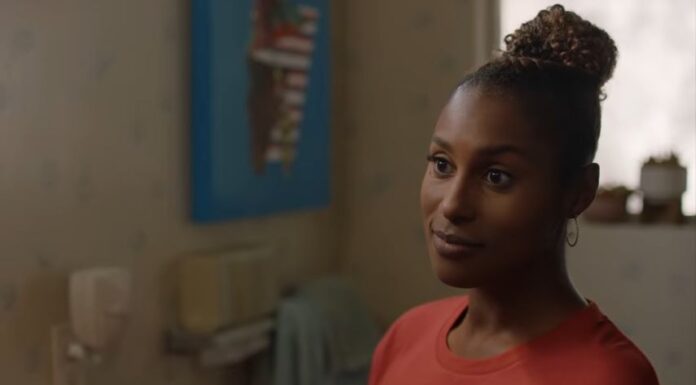 In episode 7 of Final, Season Insecure was focused on Black female friendship. Introspection replaces leisure for Issa and the girls.  There is something magical about spending an entire day at home with your girls. Things come out, love is exchanged, laughing is shared, and a sense of warmth is generated by all of this friction. Are you curious to discover more about Insecure Season 5 Episode 8 titled “Choices, Okay?!” after viewing episode 7? (www.tvacute.com) provides all the facts, including the trailer and release date.

The show is nearing its conclusion, no other details have been shared other than the promo of the next new episode 8. We still hope Issa and Lawrence get together in the series finale, fans, really hope she chooses herself and her desires out of love, not desperation. we want her to relax.

HBO’s hit comedy series Insecure Season 5 Episode 8 will release on December 12, 2021, at 10:02 p.m. ET, Episodes are usually around 32 minutes long. It will be broadcast on HBO or HBO Max. The channel is no longer available on Amazon Prime Video, and it is not available on streaming services like FuboTV, Youtube TV, Google Play. With the HBO Max add-on, you may subscribe to HBO Max on Hulu. If you already have Hulu, it may be the most convenient alternative.

The gang got together for a long-overdue girls’ night that included a posh hot stone massage. After a pipe burst, the girls chose to kick it at Issa’s instead. Some smoked drank, and sang along to oldies like Diddy and Keyshia Cole’s “Last Night.” That brought to more turmoil, which Kelly warned Issa about. Issa said things have been awkward between her and Nathan since she confessed her love and he left her hanging. Molly, on a work call from Taurean, drew suspicion. Things have changed since the retreat, and he has been reaching out to her, indicating a connection. Meanwhile, Condola and Lawrence bonded over feeding Elijah.

She even labeled him a good father, indicating their relationship had improved since he returned to LA. When Condola got pregnant, she considered having an abortion, and Lawrence didn’t blame her because he was abusive. Unlike their previous spat, the co-parents wished each other well. Three months had passed since the girls last hung out and they promised never to let that happen again. The emotional Molly informed her friends she loved them, prompting a group hug and Tiffany to announce her possible move to Denver. When Tiffany expressed concern about missing her pals, they quickly reassured her.

The girls ignored their dinner reservation and continued in their PJs. Molly summoned the guts to text Taurean but instead received a call from her ex Dro. Issa tried dialing Lawrence before Molly stopped her. Nathan called Issa the next morning. He told her he loved her but was in his brain about it. Then Nathan stopped her, knowing he was being childish. It’s refreshing to see both open up about their feelings. Their discussion ended with “I love you” and a sigh of relief from Issa. But Lawrence re-called her. up.